Bed Bath & Beyond (NASDAQ:BBBY) shares trailed the market by a wide margin last year. The stock dove 46% compared to a 19% increase in the S&P 500, according to data provided by S&P Global Market Intelligence. 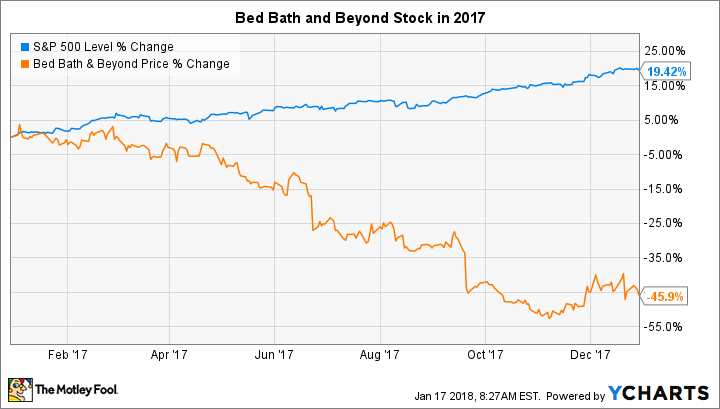 The slump pushed the struggling retailer's shares to near 10-year lows.

Bed Bath & Beyond's operating trends were surprisingly weak in 2017. Management announced falling comparable-store sales in each of its last three quarterly outings as rising e-commerce demand failed to offset a persistent drop in customer traffic at its physical locations. 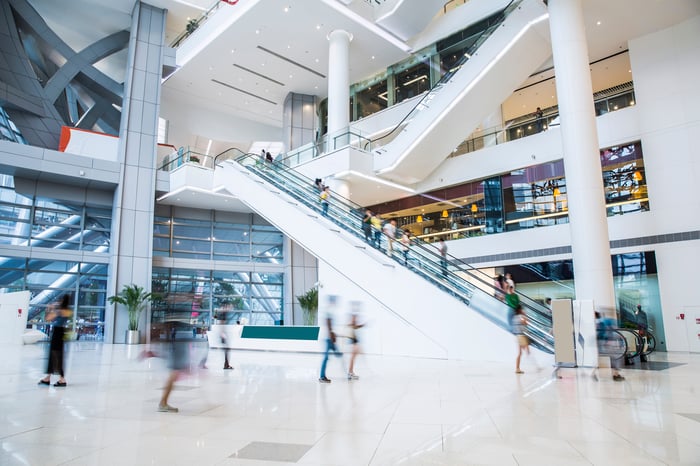 The company responded to that sluggish demand by cutting prices in order to protect its inventory position. Those promotions continued, and even intensified, heading into the critical holiday shopping season.

CEO Steven Temares and his executive team are expecting the fourth quarter to show another modest sales decline. Their aggressive pricing stance will result in significantly weaker earnings for the year, too. Bed Bath & Beyond is now forecasting $3 per share of profit, which would represent a painful 34% decline year over year, and mark a far worse result than the 10% drop that executives initially predicted. Until those operating and financial trends start improving, I wouldn't bet on a rebound for this retailer's stock.