YY was one of the best-performing social media stocks in 2017 and still has a forward P/E ratio of just 18. Is this a high-growth stock trading at deep-value prices? 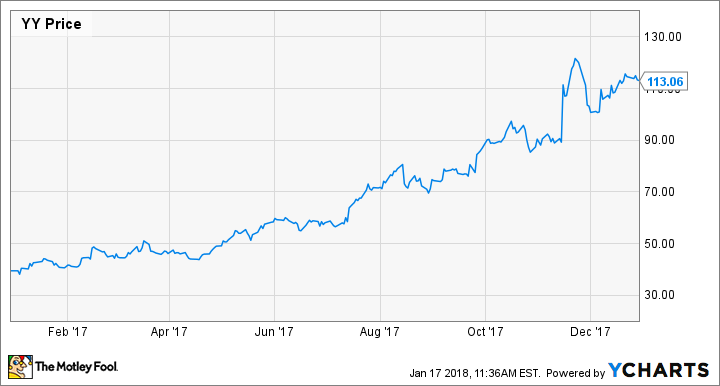 After losing roughly 37% of its value in 2016, YY stock bounced back in a big way last year as increases for its paying user base and total number of connected users spurred earnings growth and brightened the business' outlook. Across the four quarterly reports that the company published in 2017, YY managed to beat the consensus estimate by an average of nearly 30% as it recorded impressive monthly active-user growth on mobile and very high average revenue among paying users. 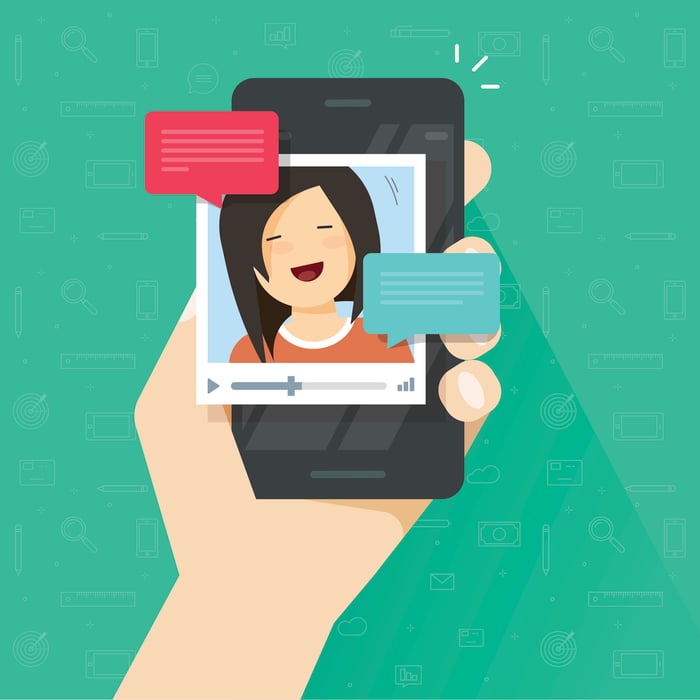 Even after massive share price gains in 2017, YY still trades at just 18 times forward earnings estimates. That's a multiple that could create the impression that YY is a dramatically undervalued growth stock, but there are risk factors at play that make the situation more complicated. The company's October-ended quarter saw it notch a 46.5% increase in paying users, but that still meant that only 6.3 million people out of more than 300 million users on the platform made a purchase during the period. It's unclear to what extent the company will be able to maintain and grow that sales base.

If the company can sustain its average revenue per user while continuing to grow its total user base, the stock likely has more explosive growth ahead, but that's hardly a given. The average analyst estimate calls for earnings growth of roughly 17% this fiscal year, which indicates that the market is expecting a significant earnings momentum slowdown. YY's growth trajectory will also hinge on whether the Chinese government opts to further regulate the video streaming industry, so potential investors should proceed with the understanding that the stock might not present the low-risk growth opportunity that its price-to-earnings multiples imply.