Technically speaking, Facebook (NASDAQ:FB) CEO Mark Zuckerberg is correct that Facebook's board of directors is "the group that ultimately governs Facebook" in his post announcing that the company is adding outgoing American Express CEO Ken Chenault to its board of directors. That's why the young chief executive says adding a director is "a long process" that he takes "very seriously."

Chenault will make an extraordinary addition to the board that will ideally help Facebook accelerate its e-commerce roadmap. However, it's worth reminding investors that in practice, Facebook's board of directors is not who governs Facebook. Zuckerberg does. 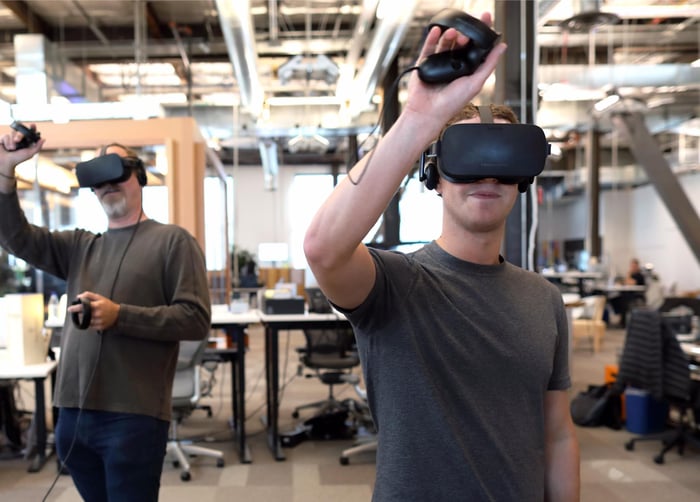 While public companies conceptually operate under democratic principles where shareholders have a say in how a corporation is run, companies have been increasingly consolidating voting power at the highest echelons of management.

That trend kicked off in earnest during the early days of Alphabet subsidiary Google, but further cemented with Facebook's rise to prominence. Facebook's success only reinforced the "cult of the founder" mentality that grips much of Silicon Valley. This trend culminated last year in Snap's IPO, in which the Snapchat operator sold Class A shares to the public that get absolutely no votes whatsoever. (Snap is not actually based in Silicon Valley.)

Public Facebook shareholders scored a meaningful corporate governance victory late last year when the company ditched its shareholder-unfriendly plan to create a third share class that would only serve to further consolidate Zuckerberg's voting power as he gives away 99% of his Facebook holdings through philanthropic efforts throughout his lifetime. That decision was forced in large part by widespread investor backlash and a class action lawsuit over the proposed stock split.

Still, even under the status quo, Zuckerberg wields majority voting power over all things Facebook. As of the 2017 proxy, Zuckerberg commanded 59.7% voting power, which is comprised of his 53.4% voting power in addition to 6.3% voting power that he has via voting proxy. Zuck holds 410 million supervoting Class B shares, which are entitled to 10 times as many votes as Class A shareholders (public investors). The voting proxy was the result of Facebook's corporate infighting in its early days, and as part of the settlement co-founder Dustin Moskovitz agreed to give Zuckerberg "irrevocable proxy" to vote his shares, although Moskovitz would retain the financial value of those shares.

Slowly but surely, Zuckerberg is slowly loosening his grip on Facebook. His voting power declines modestly each year, mostly a function of ongoing dilution from things like stock-based compensation or stock issued as currency for acquisitions, but he's still comfortably above 50%. 2014 was a particularly dilutive year, thanks in no small part to the massive WhatsApp acquisition. Zuckerberg is the boss

As far as Facebook's board of directors is concerned, directors are elected on an annual basis, which is generally more shareholder-friendly than staggered terms (typically for three years) that somewhat insulate directors from shareholder backlash. However, this is only true as long as Class B shares represent "a majority of the combined voting power of common stock," as is currently the case. If Class B shares ever represent less than a majority of combined voting power, the board will then move to staggered three-year terms, to the detriment of corporate governance.

With nearly 60% voting power, Zuckerberg has absolute authority over the composition of Facebook's board of directors. Theoretically, every public investor could quite literally vote against any given director, and it wouldn't make a lick of difference if Zuckerberg voted the other way. None of this is new information. Rather, it's just a quick and useful reminder that Facebook shareholders need not forget over time. That's not to say that Facebook's directors don't have shareholders' best interests in mind, but when it comes time for re-election, there's only one shareholder whose opinion really matters.

Instead, investors can essentially view the board as a collection of advisors to Zuckerberg. Hopefully, they can guide him in the right direction.