Collaboration and productivity software provider Atlassian (NASDAQ:TEAM) reported its fiscal second-quarter results after the market closed on Thursday. A big charge related to U.S. tax reform knocked down earnings, but revenue growth was impressive, and earnings on an adjusted basis marched higher. Here's what investors need to know about Atlassian's second-quarter report. 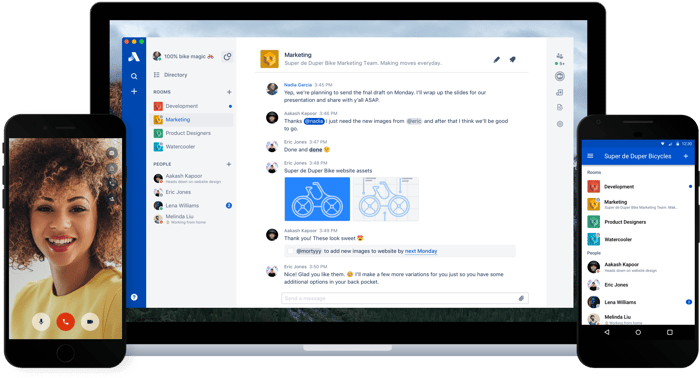 Atlassian provided guidance for the third quarter and for fiscal 2018:

On the earnings call, Atlassian CFO Murray Demo discussed how the U.S. corporate tax rate would affect the company:

First of all, our fiscal year, half the year is at the 35 rate in the U.S., the other half is at 21. So we're not like other calendar companies where they're starting the calendar 2018 where you get a full-year of benefit of the rate. And secondly, we are a U.S and Australian company and so you've got a blend that way. When you kind of put all that together for fiscal '18, sort of the second half of the year for us, we are not seeing a whole lot of benefit. That's going to show up in fiscal '19.

Co-CEO Mike Cannon-Brookes gave an update on Trello, a product Atlassian acquired in 2017:

Look, Trello continues to power along and we're really happy with its progress. As we've said previously, we are not even at the end of year one in terms of an integration program of the business, the team et cetera. And our main goal is maintaining the momentum of the product and business that Trello already is before we look at the opportunities potentially in combining the customer bases and we have a lot of time to go through and continue to do that.

Atlassian's revenue continues to grow at a brisk pace given how big the company has become. If the growth rate doesn't drop too much, the company will easily cross the $1 billion annual revenue mark in fiscal 2019. Atlassian isn't profitable on an IFRS basis, but its adjusted earnings are rising right along with revenue, and its free cash flow generation is impressive.

Revenue growth will surely slow down as Atlassian grows, and the company's guidance calls for a slight slowdown in the third quarter. The lapping of the Trello acquisition, which closed in February of 2017, is one reason for the slower growth rate. Still, Atlassian has plenty of growth potential as it goes after a massive market for collaboration and productivity software.