When Warren Buffett appeared on CNBC earlier this month, Becky Quick asked him if he thought stocks were richly valued in light of a broad market rally that has investors clamoring to get into stocks.

Buffett replied, "They're not richly valued relative to interest rates."

If that sounds familiar, it's because it's the same thing Buffett said in May 2017 at Berkshire Hathaway's (NYSE:BRK.A)(NYSE:BRK.B) annual meeting, which he repeated in another CNBC appearance in October. Relative to interest rates, stock prices make sense, so long as rates remain as low as they are today.

Focusing in on rates 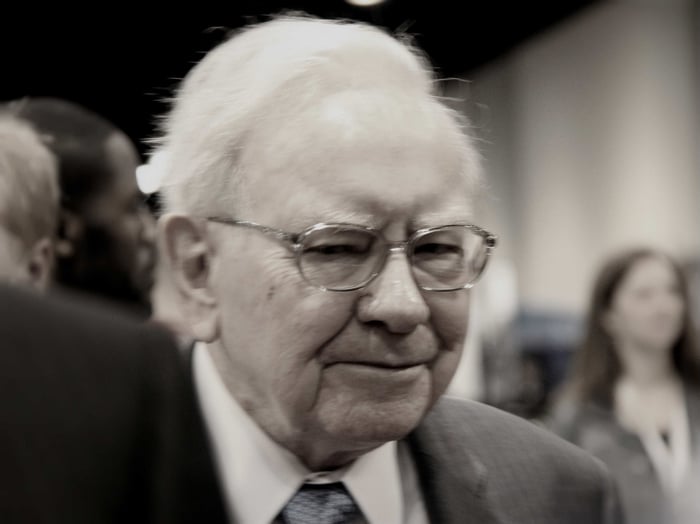 One can compare the relative attractiveness of stocks and bonds by flipping the commonly used price-to-earnings ratio upside down to calculate an "earnings yield" for any given stock. A company that trades for 15 times its earnings has an earnings yield of 6.7%, for example. This stock might be pricey if 10-year U.S. Treasury bonds yield 10%, but it may be a bargain if U.S. Treasuries yield only 2.6%, as they do right now.

That Buffett continuously refers to interest rates when talking about valuation is interesting to me. As someone who has shied away from making forecasts on interest rates in the past, I suspect Buffett is thinking more about rates than he may admit. Based on how he's invested Berkshire Hathaway's portfolio, I also get the feeling he thinks interest rates are going to move much higher, and quickly, and he doesn't want to be fully invested in stocks or bonds while this expected increase in rates takes place.

Is Buffett banking on rate increases?

Consider for just a moment the makeup of Berkshire Hathaway's balance sheet. Despite his view that valuations are reasonable based on current interest rates, he's largely avoided making especially large bets on stocks since the 2008 financial crisis and the ensuing nine-year bull market.

Berkshire Hathaway now has $109 billion of cash, of which perhaps as much as $89 billion could be considered "excess" cash that Berkshire could deploy into stocks if Buffett wanted to do that. He's also investing very little in longer-term bonds and other interest rate-sensitive securities, preferring to keep its money in cash equivalents and short-term U.S. Treasury bills that won't depreciate much if interest rates soar.

People who think stock valuations are "reasonable" typically don't sit on $89 billion of excess cash. They certainly don't keep that cash in short-term U.S. Treasury bills if they think interest rates will stay where they are. These two things underlie my belief that he thinks interest rates are set to go up in a big way, perhaps enough to add a little "gravity" to stock prices, to use Buffett's phrasing.

Some of Buffett's obvious rate bets

It's notable to me that Berkshire's stock investments are generally concentrated in companies that stand to make more money as interest rates move higher. Wells Fargo and Bank of America, the largest and fifth-largest stock holdings in Berkshire's portfolio, respectively, stand to gain as interest rates rise.

Likewise, Apple, Buffett's biggest stock bet in recent years, and Berkshire's second-largest stock investment, is sitting on about $279 billion of cash and short-term investment securities. A cash-rich company like Apple would stand to benefit from an increase in interest rates, and perhaps decline less in value in a bear market, because of its cash. (Recently, Apple announced a plan that may see it parting with its excess cash through investments in its business and larger dividends and repurchases, a plan that wasn't necessarily in the cards when Buffett made his investments in the company.)

Let's not forget Berkshire Hathaway's operating companies, either. Buffett has specifically mentioned that Geico is seeking to take market share even though car insurance is brutally price competitive right now. Taking market share now, even if it means doing short-term harm to the income statement, is precisely what you'd want to do if you thought rates were going higher. Geico's "float," which stood at approximately $17 billion at the beginning of 2017, is much more valuable when rates are at 5% than when rates are at 2%.

I realize all of this is pure speculation on my part. Only Buffett can speak for Buffett. But when taken together, all of his actions suggest, at least to me, that Buffett sees a future where rates are higher, and valuations are lower. He's hedged, of course. Berkshire's stock portfolio is worth about $200 billion at current market prices, so while he may have one foot out of the markets, one foot is still in pretty deep.