In response to the company posting expectation-topping results in its fiscal second quarter, shares of ResMed (NYSE:RMD), a medical device maker focused on sleep-disorder breathing products, jumped 17% as of 11:35 a.m. EST on Tuesday.

Here's an overview of the headline numbers from the period.

Our masks have performed well around the world, device sales are solid, and our cloud-based software continues to grow rapidly. Our operating excellence initiatives are achieving leverage in the business with more runway ahead. 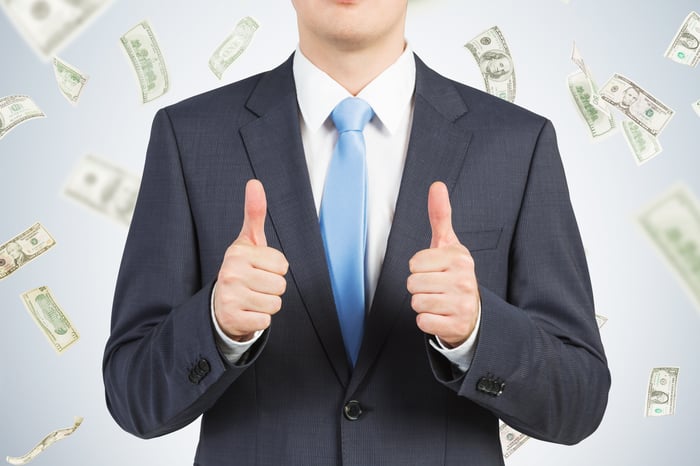 ResMed's conference call with investors contained a few interesting nuggets that suggest that the good times are here to stay.

First, according to Farrell, the company launched a ResMed-branded portable oxygen concentrator called Mobi. He believes that this new product will help the company stand out in this market and more effectively compete against companies such as Inogen.

Second, management said that France has increased its reimbursement for telemonitoring sleep devices. This change is expected to lead to growth in the region and the company remains in open talks with other governments to convince them to follow suit.

Finally, CFO Brett Sandercock stated that recent changes to the tax code in the U.S. and Australia should significantly lower the company's effective tax rate in fiscal 2018. While management doesn't give guidance, Wall Street likely believes that this favorable turn of events will help the company post stronger-than-expected earnings growth for the remainder of the year.

In total, ResMed provides investors with plenty of reasons to believe that double-digit growth is achievable for the foreseeable future. If true, then buying into this growth story at all-time highs might not be such a bad idea.