Corning (NYSE:GLW) just capped an exceptional year, with shares of the glass technology specialist up more than 30% in 2017. Shareholders can thank solid results from each of Corning's various market verticals for those gains, with particularly strong showings from both its optical communications and specialty materials segments in recent quarters.

But now it's time for investors to start thinking about what to expect when Corning kicks of the new year with its fourth-quarter 2017 report on Jan. 30. Here are a few things we'll be watching closely. 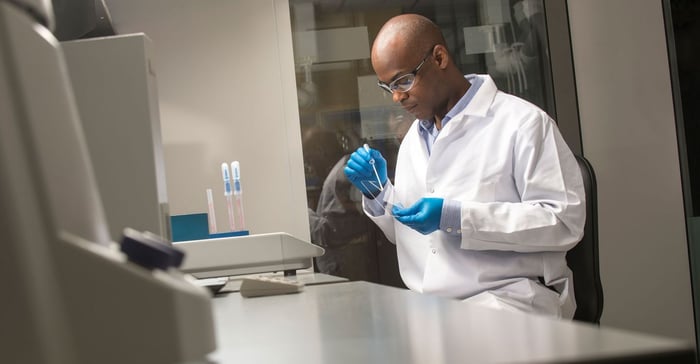 Corning does not offer guidance for revenue or earnings each quarter. Rather, Corning management is known for eschewing Wall Street's near-term expectations in favor of focusing on its longer-term goals.

Even so -- and noting that shares soared more than 6% the day after Corning's strong third-quarter report in October -- the stock's immediate post-earnings direction is typically dictated by whether it lives up to those expectations. This time, consensus estimates call for Corning's core sales to climb a modest 3.9% year over year to $2.65 billion, which should translate to core earnings of $0.47 per share.

But more importantly, we should look for the company to confirm it's still on track to meet financial targets laid out under its $22.5 billion strategic capital-allocation framework, which was originally unveiled in late 2015. Those targets include returning at least $12.5 billion to shareholders through dividends and share repurchases through 2019, while simultaneously investing $10 billion in the business toward sustaining its industry leadership through product innovation and strategic acquisitions.

Incidentally, Corning took a big step toward the latter goal last month by agreeing to purchase of substantially all of 3M's (NYSE:MMM) communications markets division for approximately $900 million in cash. Assuming the deal closes as planned before the end of 2018, the new business will bring around $400 million in incremental annual revenue to Corning's optical division (an 11% annual boost from its latest run rate), primarily generated by sales of high-bandwidth and optical-fiber products. Corning also expected the deal to be roughly $0.07 to $0.09 accretive to per-share earnings in fiscal 2019, provided its initial estimate for post-acquisition synergies remains intact.

Though Corning doesn't provide guidance on its consolidated results, it does offer some color on the expected general performance of each of its business segments.

Last quarter, the company said it expected full-year sales from its optical segment to have increased over 15% when all was said and done in 2017. Assuming it can sustain its growth rates as telecom leaders continue to invest in building out their respective next-gen networks, that should leave it on track to become a $5 billion business by 2020.

In its second-largest segment, display technologies, Corning has suffered of late as LCD glass prices continue to decline -- albeit at a consistently moderating pace. Most recently, that resulted in a 9% drop in core sales for the segment to $860 million last quarter. Corning's latest guidance calls for glass prices and volume trends to remain roughly consistent on a sequential basis in the fourth quarter.

Meanwhile, at specialty materials, Corning most recently told investors that sales should grow in a low- to mid-teens percentage range, driven largely by continued strong adoption of its popular Gorilla Glass cover glass products. Corning also predicted that sales in its life sciences business (think glass beakers and the like) will rise in the mid-single-digit range, while environmental technology revenue, mostly from ceramic substrates for the automotive market, should grow in the low teens.

Finally, I suspect Corning management will provide not only similar segment guidance for the first quarter of 2018, but also -- if last year's first-quarter conference call was any indication -- longer-term commentary on their view and goals for each of the segments' respective industries for upcoming year.

In the end, unless Corning provides a preliminary update in the next few days, those estimates provide a fairly straightforward bar by which investors can measure Corning's performance when its final results hit the wires next week.