Buffalo Wild Wings (NASDAQ:BWLD) may have outsmarted activist investors by agreeing to a buyout deal with private equity fund Roark Capital, but the owner of Arby's and other restaurant chains may end up regretting paying $2.9 billion for the chicken wings and beer joint, which has started its turnaround by betting big on boneless chicken wings.

Data from the NPD Group shows U.S. restaurants sold 1.1 billion servings of traditional bone-in chicken wings in the 12 months ended September, or 64% of the overall wing market. It points out that casual restaurants and quick-serve pizzerias have the most to lose, because they've made the biggest bet on boneless wings. Despite rising prices on bone-in wings, Bloomberg says traditional-wing servings rose 6%, while boneless wings fell by the same percentage. 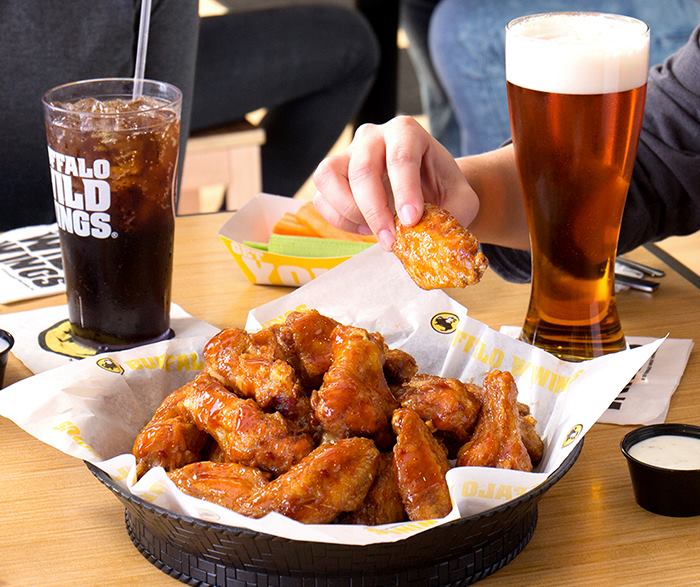 That could very well explain why Buffalo Wild Wings missed not only Wall Street's expectations for same-store sales for 2017 but its own guidance. The sports bar recently said comparable sales would be down between 1.6% and 1.7% for the year, which is worse than the 1.5% analysts were anticipating and what Buffalo Wild Wings had guided to after the third quarter.

The company bet that boneless wings would help turnaround its declining business. It already had a special promotion going for boneless wings, but last year, it added a second one to try to rein in costs. Buffalo Wild Wings previously promoted Tuesdays as a half-price special on traditional chicken wings, but as prices for these wings rose and cut into profits, the restaurant operator switched to a buy one get one offering on boneless. It may seem like a trivial matter, particularly if it helped bolster Buffalo Wild Wings margins, but bone-in diners tend to remain loyal to their choice.

Boneless wings are actually made from chicken breast and are shaped into a wing shape to give the impression they're like a traditional wing. Being cheaper, Buffalo Wild Wings was able to increase profits in the third quarter, noting the switch benefited its cost-to-sales margin by 40 basis points year over year. The company believed at the time the boneless campaign would continue to sequentially improve in the fourth quarter, making them 60 basis points lower than a year ago despite wing costs increasing by roughly 50 basis points.

Even so, management admitted it wasn't an ideal situation to have two boneless promotions going at the same time, and it also seems that its franchisees were not buying into the change. While it had a few chains making the switch, it was only company-owned stores that fully made the switch, and that kept B-Dubs from having any sort of ad campaign to support it. 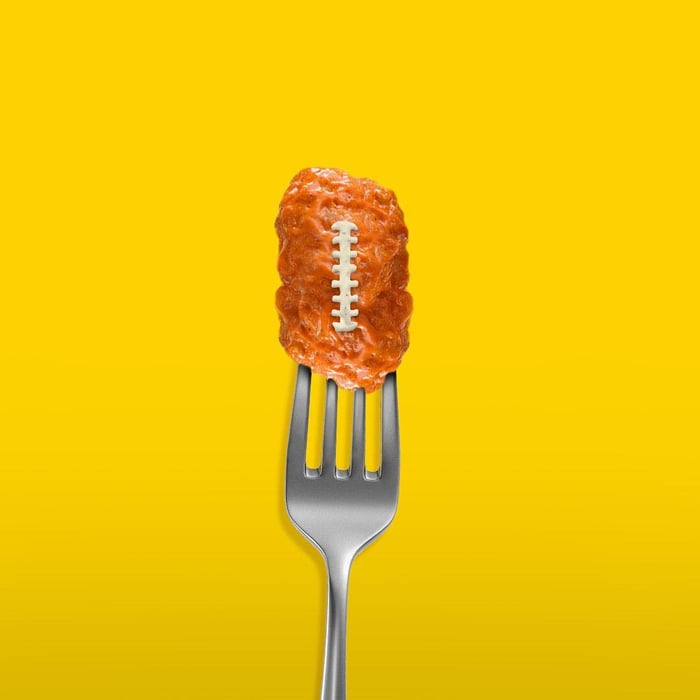 Kicking off a new year

How that plays out with the upcoming NFL Super Bowl on Feb. 4 remains uncertain. Last year, an estimated 1.33 billion chicken wings were expected to be sold during the game, according to the National Chicken Council. It will likely make its prediction soon for this year's game, but Buffalo Wild Wings was seeing a lot of lost traffic from the boneless Tuesday promotion on its takeout orders. While they were mostly orders under $10, and thus not particularly profitable for the chain anyway, it's possible it could carry over into to-go orders for the big game, too.

Last month, Sanderson Farms posted lower than expected earnings and complained of falling wing prices, but it anticipates prices recovering, particularly for breast meat, as it heads into the summer months, which in turn could affect boneless prices.

While investors may avoid the problems that will accompany changing consumer preferences since Buffalo Wild Wings accepted the buyout offer, the chickens may come home to roost for Roark Capital, which will have inherited them.