As the calendar has turned to 2018, the mania around bitcoin may in fact be turning into investor interest in commercial blockchain, the technology that enables bitcoin and other cryptocurrencies. In my recent interview with IBM's VP of Blockchain Technologies, Jerry Cuomo, I learned a great deal about IBM's leadership in blockchain for business, the different business applications IBM's blockchain was currently serving, and the history of the Hyperledger Project.

Even more recently, I had the chance to interview Brigid McDermott, VP of food safety at IBM Blockchain. While my previous interview with Jerry Cuomo touched on IBM's company-wide blockchain ambitions, McDermott and I looked at the technology on a more micro level, digging into one of IBM's larger active networks: a food-safety blockchain network led by Wal-Mart (NYSE:WMT) and nine other leading food companies. In addition to the Wal-Mart consortium, IBM also recently announced a new consortium in China with not only Wal-Mart, but also JD.com (NASDAQ:JD) and Tsinghua University.

Here are some of the highlights from our conversation. (Some quotes have been edited for clarity.) 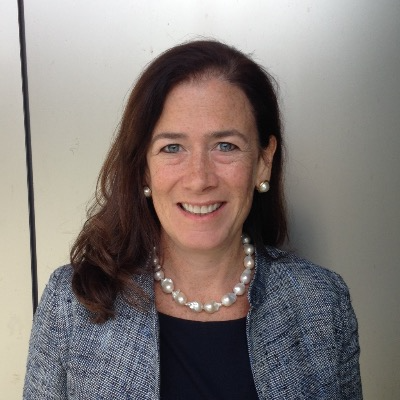 I asked McDermott about the beginning of the food safety initiative and how long ago the Wal-Mart consortium started.

We started about a year ago. We were having some conversations with Wal-Mart about food safety, and it became pretty clear to all of us that this was a really good match.

The obvious applicability is blockchain, and a trusted system of record to supply chain is a great starting place. But above and beyond food safety, everyone in the industry will tell you, nobody wins when there's a food incident. ... It's not like, you know, my competitor's peanut butter is bad, I'm excited, everyone's going to buy mine. Everybody's like, OK, nobody's buying any peanut butter, they're all eating tuna fish. It's just a bad thing when a food incident happens. There are no winners. And so, the willingness of the industry to collaborate is phenomenal, to solve this problem that has been around for eons.

The main way blockchain can help limit food safety incidents, as well as the financial fallout, is by being able to instantly track where the food has been, from the farm, to the processor, to the distributor, and the retailer. In the early days of the Wal-Mart partnership, executives put the technology to the test:

In early June, the head of food safety for Wal-Mart walked into the office, took a pack of processed mangoes, put it down on the table, and said: "Test starts now. Tell me what farm this comes from." And six days, 18 hours, and 26 minutes later, his team came back and told him what farm it came from. And Wal-Mart is great at this, they're one of the best. A week is a perfectly normal response -- if not great response -- to that kind of question. And when we ran it through our system in a live demo, we were able to do it in two seconds.

In addition to saying it came from this farm, or these farms in Brazil, we were also able to say, "And it went to this cold storage facility on this date, and it went to this distribution center on this date." If there had been a problem, can we triangulate on where that problem was in two seconds? We're both addressing the -- we're trying to head off any people getting sick, and we're trying to head off the financial impact of pulling perfectly good food off of shelves. ... I live in New York City, and there was a problem with salmonella that came up May 17, 2017. It took until July 26 for them to identify that it was papayas.

As you may be putting together, these alliances become much more beneficial as more retailers, suppliers, and distributors all buy into the same network. In my investing-oriented mind, I can imagine that would give the blockchain first-movers in this space a beneficial network effect.

Blockchain is about trust between parties. And so, what you need to build is not just the technology, but the ecosystem as well. And so, what we announced in August was, yes, we've proven that the technology works. But what we need to prove is that when you get competitors out there across the ecosystem, they trust that this is a way that their data is being used to benefit them, to benefit consumers, to benefit everybody. But not at their expense.

You don't want people on separate solutions. What you're trying to do is create a food ecosystem that allows you to look holistically at where food has been and triangulate -- it's a true big-data problem.

In August, IBM announced a consortium in the U.S. and Europe with 10 of the biggest players in the space all buying into the IBM food safety active network: Wal-Mart, Dole, Driscoll, Kroger, Golden State Foods, McCormick (NYSE:MKC), Tyson (NYSE:TSN), Unilever (OTC:UN), Nestle (OTC:NSRGY), and McLane.

Then just recently in December, IBM announced a new partnership in China with Wal-Mart, JD.com, and Tsinghua University. I asked McDermott about that.

In China, what we're actually focused on is around standards. One of the things that we found as we were doing this in the U.S. was the absolute critical nature of basing what we're doing on standards. As we look at the Chinese markets we wanted with Wal-Mart and JD and Tsinghua, to really take leadership and say, as companies are thinking about blockchain and food safety, we really need to be ensuring that the market itself is one based on standards and interoperability. As is always the case with standard-setting, the more, the merrier. From our perspective, we had worked with Wal-Mart and Tsinghua and, you know, JD has real presence in the China market. We want to get it started. So, the four of us were like, let's do it. And, you know, welcoming others who are interested in helping drive standards across the industry.

I was also curious as to why IBM would have to start two different consortiums, since it seems the active networks are more helpful as more companies buy into the same system. As is often the case in many industries, China has a slightly different regulatory regime for food safety.

What we found is that in every country, there are different regulations and different usages standards. And so, making sure that we understand the differences and that we're all, you know, taking those into account is a big part of the focus. ... So, GS1 -- which I think is an important standard because it's an industry-based one -- is a country-by-country based model.

Something like Hyperledger with the Linux foundation is a global model, and so, potentially it can be easier to do globally. But I think you do have to balance the local with the global just because of existing efforts.

What also became clear is that the more efficient all of these processes become, the more that businesses can refocus on other priorities, such as optimization. If trust is no longer an effort, other efficiencies can be unlocked.

When you look at supply chain, right, for decades if not millennia, the three biggest problems to solve have been data visibility, process optimization, and demand management. And, if you look at bringing blockchain in, you say, OK, well, that starts addressing data visibility because I trust that I can share it, and with the permissioning, only the people who should see it, can see it. And that changes the dynamic. Once I have all of the data, not just looking at my own little silo, then I can start thinking about the process differently. I can optimize based on the end-to-end process that I'm participating in, not just the one little step that I'm in.

I then asked McDermott what she thought of in terms of blockchain's potential in a bigger-picture sense, maybe outside of food safety, or what its impacts could be long term.

Five to ten years from now, you'll see almost every industry impacted by blockchain. And, my view is, I've been doing digital transformation for a long time. And I was a little bit jaded, where you always do financial services first, and then you do other things. And that's because, when you're a digital business, like financial services, it's easy to think about digital transformation. And blockchain has been interesting because the benefits have been so clear across some industries. Where people are like, "Look, this is the missing puzzle piece that we've been waiting for."

I think you'll start seeing a lot of systems go into production in the next year. Five to ten years, I think it'll be a normal part of any kind of business process transformation.