Twilio (NYSE:TWLO) made a terrific debut on the stock market in 2016. The stock more than doubled just three months after the IPO, thanks to rapid revenue growth and an impressive list of clients that excited investors. But Twilio's outlook soon took a turn for the worse as Uber, one of its major customers, decided to move away from the platform.

Not surprisingly, investors lost confidence, and the cloud-communications platform specialist has been sliding ever since. 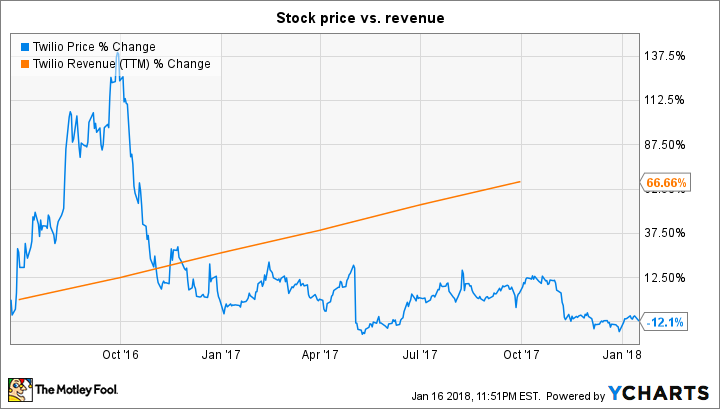 The company, however, has continued growing its top line at a decent clip over the past year and a half, despite trouble with one of its key customers so early on in its life as a public company. It's improving its product portfolio with the help of artificial intelligence (AI) to attack the fast-growing speech and voice recognition market, giving investors a good reason to take advantage of its crash. 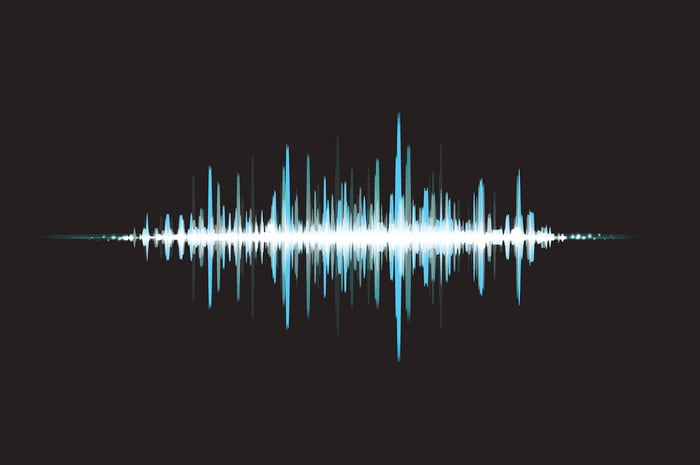 Uber supplied 12% of Twilio's revenue a year ago when Twilio revealed that Uber will be reducing reliance on its services. As a result, Twilio had to reduce its full-year guidance, and investors didn't like what they saw.

But Twilio's top-line growth has continued despite Uber's move. Uber supplied just 5% of Twilio's revenue during the last-reported quarter, a big change from the 17% contribution at the end of the previous fiscal period. But Twilio's revenue still grew 41% year over year as active customer accounts jumped up by nearly 35%.

This impressive top-line rise was driven by a 43% increase in revenue from customers other than Uber. Additionally, the company raised its annual revenue guidance from $373 million to $387.5 million. In fact, Twilio has done extremely well to diversify its client base, as its largest customer, WhatsApp, now represents just 6% of the total revenue. Investors shouldn't treat Uber's move away from Twilio as a headwind anymore.

Twilio is trying to make a splash in global speech and voice recognition with the help of AI. The company has unveiled a speech recognition platform that does more than just convert speech to text. Twilio's Speech Recognition product analyzes the intent of callers. For instance, if callers want to go directly into a menu option, they simply need to say so to the interactive voice response system (IVRS) instead of pressing buttons on the dialer.

Twilio's Speech Recognition also enables real-time transcription of a call, as well as capturing the key data mentioned by the caller during the conversation. This automation can help corporations save a lot of time and money while accelerating decision-making and enhancing the customer service experience.

So Twilio looks well placed to attack the global speech and voice recognition market, which could generate $18.3 billion in annual revenue by 2023, more than triple the $5.15 billion revenue it reported in 2016, according to Markets and Markets.

Uber's decision to tap another third party or go in-house for SMS-based communication services threw light on one of the biggest challenges that Twilio faces -- the lack of a moat. Uber probably realized that it would be safer to not rely on just one provider to connect drivers and passengers.

This could be attributed to a variety of reasons ranging from cost to security. It was recently reported that a basic coding error by developers put Twilio's database at risk, which is no small deal as the cloud communications specialist boasts of powering 40,000 businesses worldwide, so it could have access to sensitive data such as email addresses and phone numbers.

It won't be surprising if companies decide to rely on their in-house development teams to iron out such possibilities of data breaches, or even tap Twilio's competitors to hedge their bets. Twilio rival Bandwidth (NASDAQ:BAND), which went public two months ago, claims that it has built a base of 865 clients, including the likes of GoDaddy, Google Voice, and Skype, among others.

Bandwidth, in its S-1 filing, had also called out Twilio, claiming that its rival has "a narrower set of software APIs, less robust customer support and fewer other features while relying on third-party networks and physical infrastructure."

It won't be surprising to see the likes of Bandwidth and other start-ups in this space pose a serious challenge to Twilio.

There's no doubt that Twilio is growing at a rapid pace, but it doesn't have a wide moat to protect itself. Its resilience will be tested as rivals like Bandwidth step up development after the IPO. At the same time, Twilio's efforts shouldn't be discounted. The company has diversified its revenue and is bolstering its solutions with futuristic features like AI. These moves could help Twilio accelerate its revenue growth further through the capture of more customers, so investors with a higher risk profile should definitely keep Twilio on their watch list.