If you need any confirmation that 2017 was a pivotal year for Cleveland-Cliffs (NYSE:CLF), just take a look at the balance sheet in its fourth-quarter earnings release. Sure, its total debt load hasn't changed much in a year, but it has built up cash from a year of positive cash flow and some well-timed financial moves that make this company look like a completely different beast heading into 2018.

This past quarter was a big one for Cleveland-Cliffs, as it reported better-than-expected earnings and a slew of announcements pertinent to 2018. So let's examine the company's most recent earnings announcement to see what we can expect this year.

There is a lot to unpack in this quarter's press release, but we'll start with that abnormally large net income result. Like so many other companies reporting this quarter, Cleveland-Cliffs realized a $246 million net income boost related to the repeal of the Alternative Minimum Tax. Unlike other companies that reduced their deferred tax liabilities as a non-cash gain, Cleveland-Cliffs expects to be refunded those AMT taxes over the next four years.

This quarter's sales and operating income results were lower than both the previous quarter and prior year's results, but management noted that the company's U.S. iron ore delivery rate in the first nine months of the year was higher than usual and that this quarter was a slower as a result. For the full year, volumes and sales margins were up. 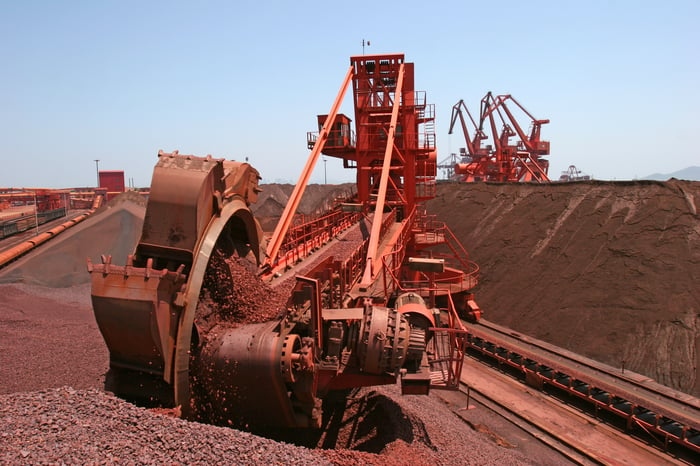 Cleveland-Cliff's Asia iron ore business wasn't quite as good, though. Management noted that volumes were down and per-ton costs were up because of a higher strip ratio -- more waste material per ton of desirable product -- and higher logistics costs. Management has said in the past that its Asia-Pacific mining operations would remain operational as long as its was generating operating cash flow, but that isn't the case anymore, as cash costs are higher than realized prices. As a result, management plans move up the date for the closure of the mine, and it's likely to happen this year.

Not known for humility or mincing words, CEO Lourenco Goncalves gave himself and his management team a big pat on the back in Cleveland-Cliffs' press release:

Cleveland-Cliffs delivered in 2017 strong and sustainable financial results, and that was exactly what I promised one year ago. As a consequence of the several successful initiatives implemented in overall strategy, commercial, operations, and finance since I joined this great company in August of 2014, we have delivered in 2017 the second consecutive year of greater than 25 percent EBITDA growth. 2017 was also the year in which the industry finally woke up to the importance of both rational supply behavior and environmental compliance. This new, more logical approach to business should provide us solid support to deliver even stronger results in 2018.

Also, as part of this release, the company gave some rough guidance for the upcoming year. Total production and sales for its U.S. operations will be around 20 million tons for the year with an average realized price between $97 and $102 per ton, with operating costs of $58-$63 per ton. Because of the decision to wrap up operations overseas, it will not give Asia-Pacific guidance.

The price and cost projections for the year are more or less in line with this past year, but the big difference is in capital spending. Management expects to spend around $385 million in 2018 compared to $156 million in 2017. The ramp-up in capital spending relates to the company starting work on its hot briquetted iron (HBI) facility that will produce higher grade iron ores for electric arc steel furnaces. 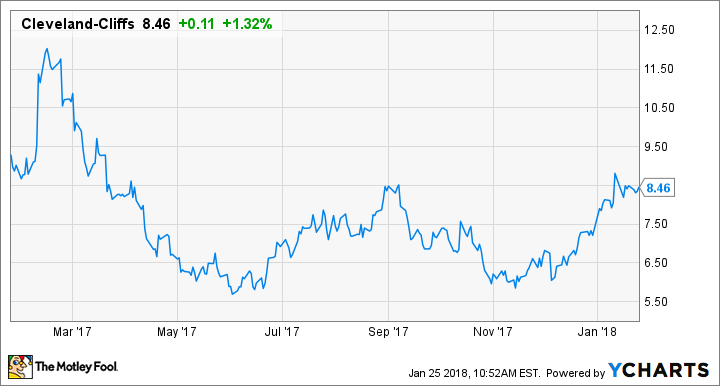 There was a time not too long ago where Cleveland-Cliffs looked like it was headed for bankruptcy, but management has pulled off an incredible feat. Not only has it turned this company back into a profitable operation, but management is planning to grow the business in new ways that best leverage its strengths as the largest supplier of iron ore in the United States. I can understand if the recent uptick in debt might scare off a few investors. Most of that is earmarked for the HBI facility, though, and the company's cash balance of $1 billion should be enough to ease any solvency concerns for a few years.

Cleveland-Cliffs is in the best position it has been in for years, so I guess Goncalves' bragging is well-earned. Based on the company's projections for 2018, the potential for new U.S. mines, and a high-value upgrading facility in the works, Cleveland-Cliffs is looking like an attractive investment.