Going into Netflix, Inc.'s (NASDAQ:NFLX) fourth-quarter and full-year 2017 financial report, the big question on everyone's mind was subscriber growth. In early October, Netflix announced that it would raise prices on its most popular plans. The standard plan, which allows two concurrent streams and includes HD, increased by $1 to $10.99 per month, while the premium plan, which includes four streams and Ultra HD, increased to $13.99, up $2.

While some worried that the move would stunt subscriber growth, at the time of the announcement, I wrote: "Even after the price increase, Netflix is still the best streaming deal out there, and I believe the subscribers will just keep coming." It looks like many other subscribers felt the same way. 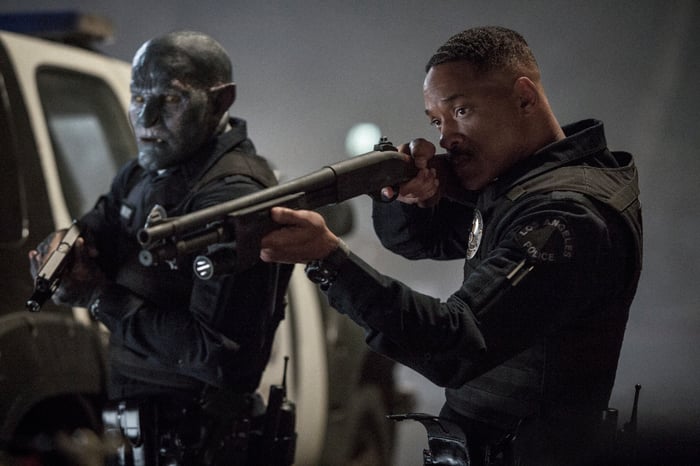 This impressive customer growth translated to better-than-expected financial results. Revenue grew to $3.286 billion, up 32.6% year over year. This exceeded analysts' consensus estimates of $3.28 billion and Netflix's own forecast of $3.274 billion. Net income of $186 million soared 178% year over year, edging past Netflix's goal of $183 million. Earnings per share also shined, surging to $0.41, an increase of 173% from the prior-year quarter, and meeting both analysts' and Netflix's own expectations for the quarter.

Netflix pointed out several interesting tidbits regarding its content. In its first month, Bright, a movie blending fantasy and crime, became one of the company's most viewed original titles ever. The company also pointed out that its original programs Stranger Things, 13 Reasons Why, and Iron Fist were among the top five most searched TV shows globally in 2017, taking the No. 1, No. 2, and No. 5 spots, respectively -- and held three of the top five for the second year running.

Netflix also stated that its free cash flow (FCF) for the year came in at negative $2 billion, and it expects to increase that metric to between negative $3.5 billion and negative $4 billion for 2018. The company has long said that it expects to be cash flow negative for years to come. There is light at the end of the tunnel, however. Making an appearance in a shareholder letter is this statement (emphasis mine): "We are increasing operating margins and expect that in the future, a combination of rising operating profits and slowing growth in original content spend will turn our business FCF positive."

For the first quarter of 2018, Netflix is forecasting revenue of $3.686 billion, which would represent 40% year-over-year growth. It expects net income of $282 million, an increase of 58% over the prior-year quarter. Netflix is also calling for net domestic subscriber additions of 1.45 million, while international subs are expected to add 4.9 million, for total subscriber gains of 6.35 million, in what is typically the company's seasonally slow first quarter. Netflix is also targeting a 10% operating margins for the full year, and stated that it now plans to spend between $7.5 billion and $8 billion on content in 2018.

Netflix may have believed that the price increases instituted last quarter would have a negative impact on new customer signups, but its actual subscriber growth has put those fears to rest.