Seagate Technology (NASDAQ:STX) has been in fine form of late, appreciating over 30% in the past six months thanks to a better-than-expected quarterly report in October 2017. The data storage specialist trumped earnings expectations by a wide margin because of stringent cost controls, thereby boosting investor confidence.

The company is set to report second-quarter results on Jan. 29. Investors have already gotten a look at some of the numbers and will be tuning in to get the full picture next week. 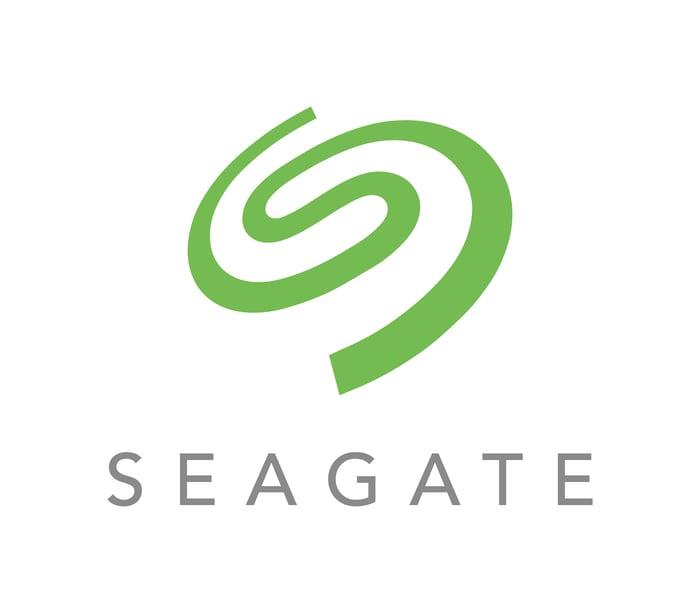 Seagate announced selected preliminary second-quarter results on Jan. 8 and the stock climbed in response. The company noted that it will be reporting $2.9 billion in second-quarter revenue, as well as a non-GAAP gross margin of 30%. This compares favorably to Seagate's original expectation of $2.73 billion in revenue, indicating that demand for its storage products and solutions is improving.

In the first quarter of fiscal 2018, Seagate's revenue was down almost 6% year over year. Now in the second quarter, the company's revenue will remain flat compared to the prior-year period. This improvement in Seagate's top line is a result of an increase in demand for the company's hard-disk drives (HDDs).

This is because HDDs with a higher storage capacity have a lower per-gigabyte cost, so they carry stronger margins. As a result, Seagate's operating expenses will decline almost 15% from the prior-year period, and this should help the company's bottom line.

Seagate looks set to deliver another round of appealing quarterly results, and a strong guidance could be the icing on the cake.

Why Seagate's turnaround will continue

There's a growing market for HDD as their cost advantage over solid-state drives makes them ideal to address high-capacity storage requirements in data centers. The cloud storage market is expected to clock a compound annual growth rate of 25.8% through 2021, according to Markets and Markets.

This gives Seagate's total capacity shipments the room to run higher and boost its revenue. And the company's strategy of moving toward higher-capacity drives should help it lower costs and enhance margins. For instance, the company sees a market for 16TB hard drives over the next 12 to 18 months.

By comparison, the top-selling enterprise storage product in Seagate's lineup has a capacity of 10TB. As it stands, sales of its 10TB HDDs shot up threefold in the September-ended quarter as compared to the previous quarter. Meanwhile, Seagate had earlier reported that its 12TB storage product has also started gaining traction, and this could have been one of the key drivers behind the jump in capacity shipments in the quarter.

The good news is that Seagate will continue pushing the envelope on HDD capacity. The company is reportedly working on a 20TB HDD that it plans to bring to the market in 2019. But before that, it is expected to launch a 16TB HDD this year to take the throne of the highest-capacity HDD provider from rival Western Digital.

Seagate will report its results before the market opens Jan. 29 and management will hold a conference call with analysts at 9 a.m. Eastern time. Investors can access the event at the company's investor relations website.