British pharma giant GlaxoSmithKline (NYSE:GSK) is undergoing a much-needed facelift under new CEO Emma Walmsley. The reason for this is that the company has consistently lagged behind its Big Pharma peers in terms of producing major new growth products for the better part of the last decade, which has weighed heavily on its shares.

In fact, Glaxo stock has failed to participate in the widespread rally among biopharmaceuticals since 2010. Its only saving grace during this period has been its top-notch dividend that currently sports a forward-looking yield of 5.25%. 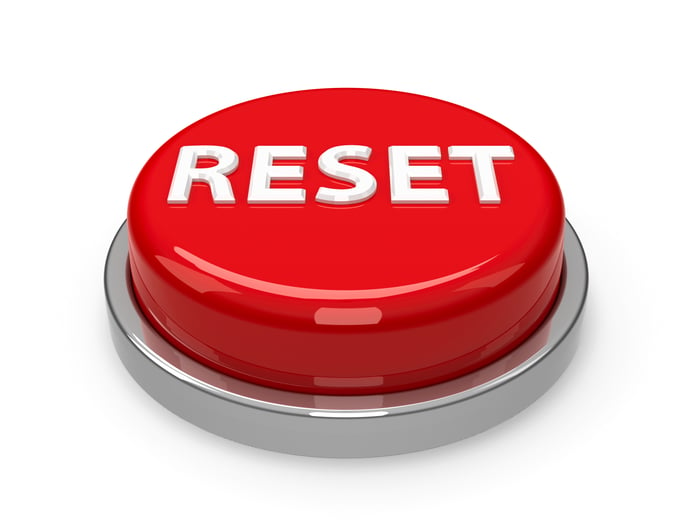 With this ongoing restructuring process in mind, I think it's worth considering if Glaxo stock actually represents a long-term bargain at current levels, despite the headwinds facing its dividend program. A sharp change in direction, after all, has paid huge dividends for other pharmaceutical titans like Bristol-Myers Squibb and Pfizer (NYSE:PFE) in the recent past. Let's dig deeper to find out.

Where is Glaxo headed?

To understand where Glaxo might be headed, we need to consider three key issues:

With regard to Glaxo potentially buying Pfizer's consumer healthcare business, I think the chances of this happening are now slim to none. Although Walmsley expressed interest in augmenting the company's already formidable consumer healthcare unit by picking up Pfizer's portfolio last July, she did so when the reported asking price was around $10 billion. Since then, a number of suitors have jumped into the fray, leading Pfizer to up the price to a stately $20 billion.

The long and short of it is that Pfizer is asking nearly six times the unit's annual sales, which is a dubious price tag for a business that's barely growing. Moreover, Glaxo doesn't have the cleanest sheet at the moment, based on its jaw-dropping debt-to-equity ratio of 394. Piling on even more debt may trigger an exodus by shareholders, especially since an acquisition of this size will likely spell the end of the company's dividend program.

Where is Glaxo's pharma segment heading? The company has placed a renewed emphasis on its core respiratory franchise and growing HIV business of late by discontinuing a number of programs that were doing little more than soaking up money. In addition, Glaxo has targeted the high-value oncology space as its third major value driver in pharma. As part of this effort, Glaxo recently hired Novartis' former executive, Christine Roth, to head its fledgling oncology unit. If all goes according to plan, Glaxo hopes to start rolling out its new oncology lineup, which includes the breakthrough multiple myeloma therapy GSK2857916, sometime in 2020.

Turning to the fate of Glaxo's dividend, I think all signs point to a major reduction in 2019, if not an outright suspension. Glaxo has had one of the highest payout ratios (169.85% at present) among big pharmas for a while now, and the company is looking to address this issue by tying its dividend to cash flow generation starting next year.

Unfortunately, Glaxo doesn't have enough new growth products to drive a rapid uptick in free cash flow anytime in the near future. And even a mid-sized acquisition in either consumer healthcare or pharma may force the company to rethink its dividend policy for the time being.

Is Glaxo stock worth buying?

I think Glaxo stock isn't worth buying this year. The bottom line is that Glaxo needs to prove that it has an oncology platform capable of driving growth. The company's underlying debt problem and uncertain dividend policy beyond 2018 are serious concerns, as well. As things stand now, Glaxo stock simply doesn't come across as an attractive growth, value, or dividend play.