No stock is a sure thing. That's why it pays to make a habit of looking with a critical eye at each of your investments from time to time. Things change, after all, and sometimes it just makes sense to sell and move on to more promising businesses.

Then there are the stocks that are worth holding despite what appear to be great reasons to cash out. Below, our Motley Fool investors detail why they think Green Plains (NASDAQ:GPRE), Disney (NYSE:DIS), and 3M (NYSE:MMM) fit that bill. 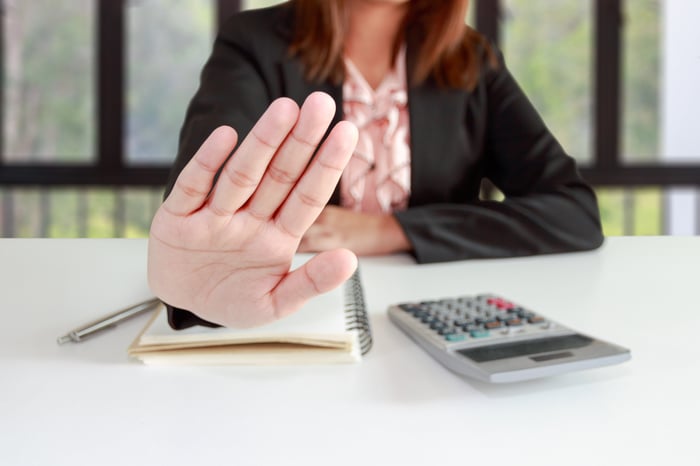 Maxx Chatsko (Green Plains): I was all over the nation's second-largest ethanol producer in 2017, calling it an under-the-radar growth stock and wondering why Wall Street was overlooking it. That, uh, didn't work out so well during the last calendar year. Unfortunately, Green Plains stock sank nearly 40% after a series of weak industry indicators painted a bleak picture of the future.

It might be stubborn to argue in favor of the ethanol leader, but there's a lot going right for Green Plains at the moment. Really. Sure, the company's significant ethanol production assets didn't do shareholders any favors last year. Through the first nine months of 2017, the ethanol segment saw its operating income deteriorate $20 million from the year-ago period. But here's the thing: It's not entirely accurate to judge this as an ethanol stock.

That's because Green Plains has worked to diversify its business with major acquisitions since late 2016. It's now the world's largest producer of vinegar (made from ethanol) and the country's fourth-largest cattle feedlot owner (a key market for agricultural byproducts from the ethanol manufacturing process). A master limited partnership that handles transportation and logistics -- and feeds tax-advantaged profits back to the parent -- also helps insulate against volatility in the ethanol market. So far, the strategy has worked.

Strong operational performance and earnings growth in food ingredients and the partnership actually allowed Green Plains to post roughly equal operating income through the first nine months of 2017 compared to the year-ago period -- despite a huge decline in the core ethanol business. That's not ideal, but assuming ethanol markets recover from a historically weak 2017 in the year and years ahead, then investors may do well to give this stock a closer look.

Demitri Kalogeropoulos (Disney): I never actually purchased my Disney shares. They appeared in my portfolio (like magic) after The House of Mouse bought Marvel back in 2009. But I've been a happy shareholder for these last nine years, and I don't intend to sell the stock anytime soon.

There are two big questions that add uncertainty to this normally stable enterprise. First, Disney plans to launch two expensive direct-to-consumer streaming video products that could fail in any number of ways over the next few years. Second, its $50 billion acquisition of Twenty-First Century Fox might not pan out nearly as well as Disney's management thinks it will.

But I'm going to hold my shares and see how these moves shake out. It should be an entertaining couple of years as Disney makes more runs at dominating the box office while adding to its booming parks and resort segment and cashing in on toy and game sales around global franchises like Frozen and Star Wars.

This Dividend Aristocrat is getting even more attractive

Neha Chamaria (3M): Just weeks ago, I chose 3M as one of the three no-brainer stocks in the industrials sector that investors should consider buying for 2018. After looking at 3M's latest quarterly numbers and guidance for 2018, I'm even more convinced 3M is the kind of stock I'd never want to sell.

3M spent the better part of the past five years in streamlining its portfolio to focus on high-potential markets. Its efforts have started to pay off, as evidenced by the 9.6% growth in its top line and 11.7% jump in its adjusted earnings per share in fiscal 2017. What's caught my attention is that each of 3M's five business segments -- industrial, safety and graphics, healthcare, electronics and energy, and consumer -- is contributing to its growth. For a company as diverse as 3M is, it surely must be doing something right to be able to extract value from all its businesses.

With 3M now projecting double-digit growth in EPS for 2018, I'm excited about the stock. But there are two bigger reasons why I consider 3M an incredible long-term stock to own: 3M is consistently converting 100% or more of its net income into free cash flow and just increased its dividend for the 60th straight year. While the former speaks to the company's financial fortitude, the latter reflects its indisputable commitment to shareholders. These two characteristics are among the key deciding factors for any long-term investment in my book, and 3M clearly makes the cut.