Apple's (NASDAQ:AAPL) iPhone business gets lots of attention from investors because of its sheer size. And the company's services and other products businesses are generating interest the tech giant's two fastest-growing segments. But another segment should be turning heads -- one that made a big comeback in Apple's fiscal 2017. We're talking Apple's Mac business.

Apple's fourth quarter drove home the importance of Mac to the company's results. The product segment generated a record $7.2 billion in revenue, helping Apple record its highest annual Mac revenue ever. In the first quarter of fiscal 2018, which Apple will report the results for on Feb. 1, strong momentum in Mac looks poised to continue. 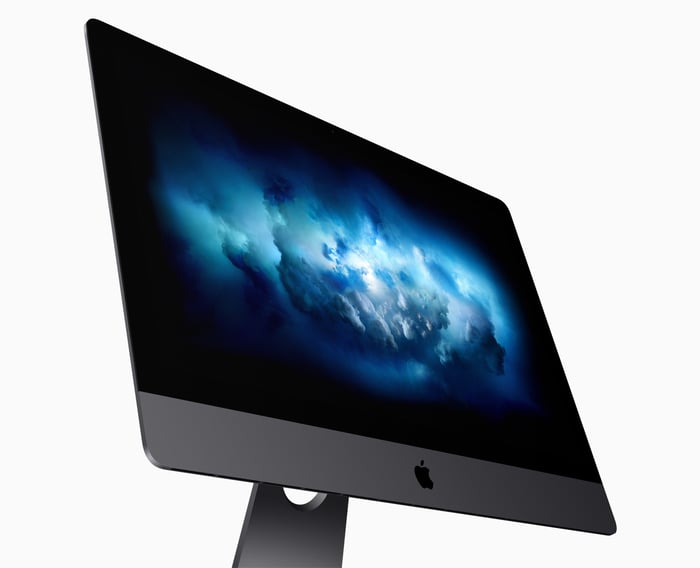 And Apple's fourth-quarter growth in Mac revenue is even more impressive when compared to growth in the company's fast-growing services segment. Though Apple's 23% year-over-year growth in services revenue for Apple's full fiscal year of 2017 is well beyond the 13% revenue growth in Mac during the same period, Mac revenue actually increased faster than services revenue during Q4 when excluding a one-time favorable adjustment in services of $640 million. After this adjustment, fourth-quarter services revenue was up 24% year over year, one percentage point behind Mac's 25% year-over-year increase in revenue during the same period.

Apple's accelerating growth in Mac revenue highlights several catalysts behind the segment that could have easily persisted into Apple's first quarter.

In Apple's fourth-quarter earnings call, management said its strong growth in Mac revenue was "fueled primarily by great demand for MacBook Pro..." Apple launched a new MacBook Pro with a fresh design, including Touch ID and a new Touch Bar, in October 2016. This catalyst, therefore, seems to be gaining momentum with time -- and the holiday season that coincides with Apple's first fiscal quarter of 2018 could have easily helped this momentum continue. 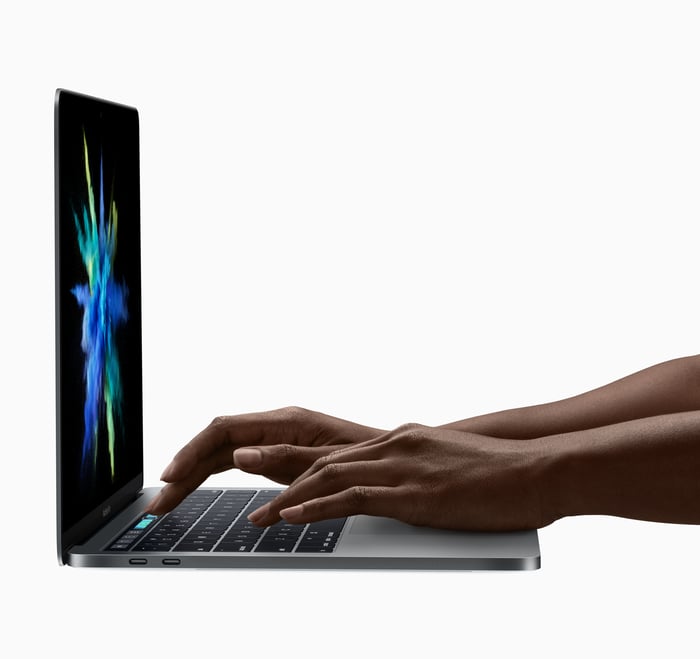 The Mac business is benefiting from the education market, where purchases increased by double digits year over year during Q4, Apple said in its fourth-quarter earnings call. As a secular trend reaching beyond product cycles, Apple likely benefited from this catalyst in Q1 as well.

Beyond these catalysts, Apple's first-quarter Mac revenue could get a boost from the Dec. 14 launch of Apple's first iMac Pro. Of course, since the iMac Pro was only available for two weeks in Apple's first quarter, its impact on results could be limited. But the new device could make up for limited quantities with its high price tag. Apple's iMac Pro starts at a whopping $4,999.

With all of this in mind, investors should look for Apple's first-quarter Mac revenue to rise by around 15% to 20% year over year -- below fourth-quarter growth since Apple will be up against a strong comparison when the tech giant launched its new MacBook Pro in the year-ago quarter, but a stronger rate than Apple's full-year 2017 growth in Mac revenue. Unit sales growth will likely be lower, with the iMac Pro's higher average selling price and a product mix shift toward higher-priced laptops driving the difference in revenue and unit growth.

Investors should look for Mac unit sales growth of about 5% to 10%, or unit sales between 5.6 million and 5.9 million.