However, the market didn't react well after management also issued underwhelming guidance and a near-term sales warning following delays getting certain models into showrooms. So let's take a closer look at what drove Polaris last quarter, as well as what to expect from the company as it kicks off the new year. 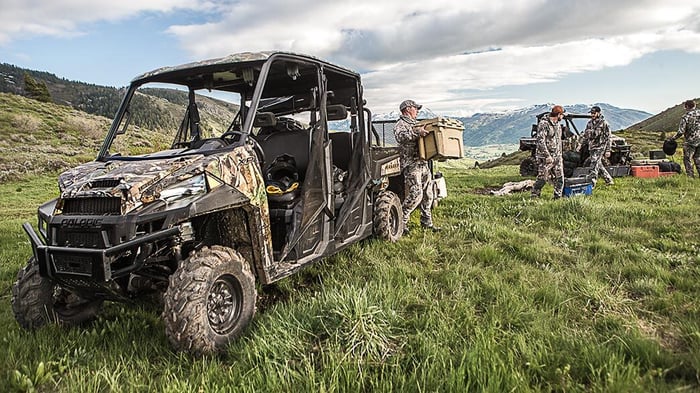 What happened with Polaris this quarter?

I am proud of the Polaris team and excited to see their dedication and hard work pay off as we returned the company to sustainable profitable growth in 2017. Indian Motorcycles massively outperformed the motorcycle industry, building on its existing momentum with a flood of product news and a very successful year on the race track. We accelerated North American demand for side-by-sides throughout the year led by strong retail sales of RANGER and Polaris [GENERAL] along with increased international sales growth in all regions outside North America. Additionally, we made significant investments and improvements in our people, processes, product innovation, and quality, which led to notable execution improvements in our off-road vehicle business, marked progress on the TAP integration, and a substantial upgrade of our quality control systems and infrastructure.

However, Wine also noted that "between strong demand and our intense focus on delivering high quality products," Polaris experienced delays in getting certain 2018 ORV models into showrooms, hurting North American sales in the process. As such, Polaris is scrambling to ensure its dealers' inventories are in line ahead of the crucial peak retail selling season.

In the meantime, Polaris expects full-year 2018 adjusted sales growth of 3% to 5% -- or to a range of $5.59 billion to $5.70 billion -- which should translate to adjusted net income in the range of $6 to $6.20 per share. By comparison, Wall Street was expecting significantly higher 9% revenue growth to result in earnings near the low end of Polaris' guidance range.

Although Polaris' long-term story remains intact, its guidance could be conservative, especially if its aforementioned corrective action solves its current inventory challenges ahead of the peak selling season. It's also worth noting that Polaris stock was up nearly 60% over the past year leading into this report, with much of that rise following its blowout quarterly report in late October.