That part of the rumor is probably true -- Japan Display is a key display vendor to Apple today that depends heavily on sales of displays into Apple's iPhones, so it makes sense that it'd work to develop technology that Apple wants to buy. 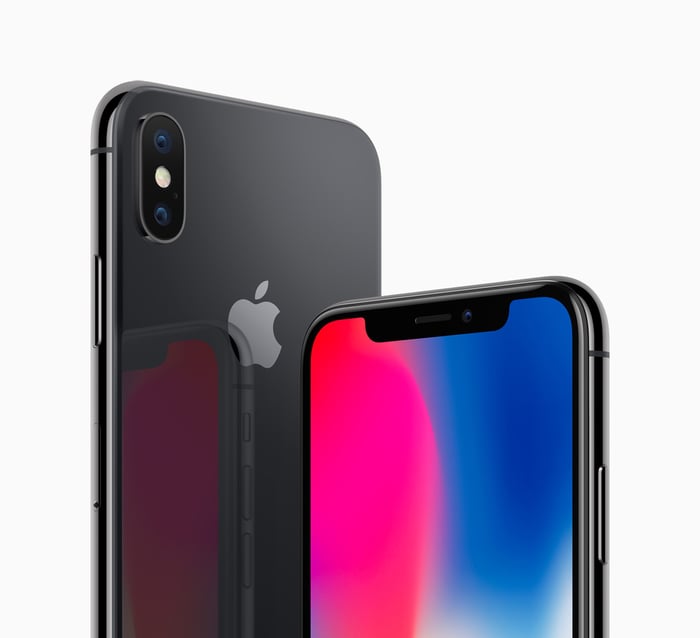 The second part of the rumor -- that the display will come in an 18:9 aspect ratio and feature a display resolution of 2160-by-1080 -- is almost certainly false. Here's why.

As MacRumors correctly points out, the aspect ratio of the display used on today's iPhone X is 19.5:9, which is different from the 18:9 aspect ratio that's rumored for the 6.1-inch LCD iPhone's display.

The reason that the aspect ratio matters is that Apple tends to try to keep the aspect ratios of its currently available iPhones pretty consistent to make life easier for app developers.

Indeed, it's highly likely that Apple wants to ensure that the work that app developers are doing to make their apps good to go for the iPhone X directly translates to a good user experience on the 6.1-inch LCD iPhone (as well as the rumored 6.46-inch version of the next-generation iPhone X).

Remember: For the current product cycle, Apple has the standard iPhone 8 and iPhone 8 Plus available for those who don't want to deal with app incompatibility issues. Next year, that safety net goes away, since none of Apple's flagship devices will be using a tried-and-true display aspect ratio.

So, I fully expect that the 6.1-inch LCD iPhone will use a display that uses the same aspect ratio as the display found on today's iPhone X.

Another issue with the rumored specs for the display on the 6.1-inch LCD iPhone is that the rumored pixel density is unlikely to be correct. As MacRumors points out, the implied pixel density for a 6.1-inch display with a resolution of 2160 pixels-by-1080 pixels is about 395 pixels per inch (PPI)

On the surface, this might seem fine -- after all, it's lower than the 458 pixels per inch of the current iPhone X display -- but due to differences in display technology, an LCD with a 395 PPI display could, in effect, be sharper than an OLED display (this is the type of display used on the iPhone X) with a display that has a pixel density of 458 PPI.

This means, then, that a hypothetical iPhone with a 395 PPI LCD would have a sharper display than the direct successor to the current iPhone X. Considering that the successor to the iPhone X is supposed to be higher-priced model, this would be unacceptable.

Instead, I'm inclined to believe what generally reliable analyst Ming-Chi Kuo with KGI Securities says about the 6.1-inch LCD iPhone's display -- that it'll have a pixel density of between 320 and 330 pixels per inch. Such a pixel density would allow the iPhone X's successor (as well as its larger counterpart) to have, without any question, a better display than the one found on the 6.1-inch LCD iPhone.