Juniper Networks reported fourth-quarter revenue of $1.24 billion, down 11% year over year but about $10 million above the average analyst estimate. Product revenue tumbled 15.8% to $830.4 million, while service revenue grew 2.3% to $409.1 million. 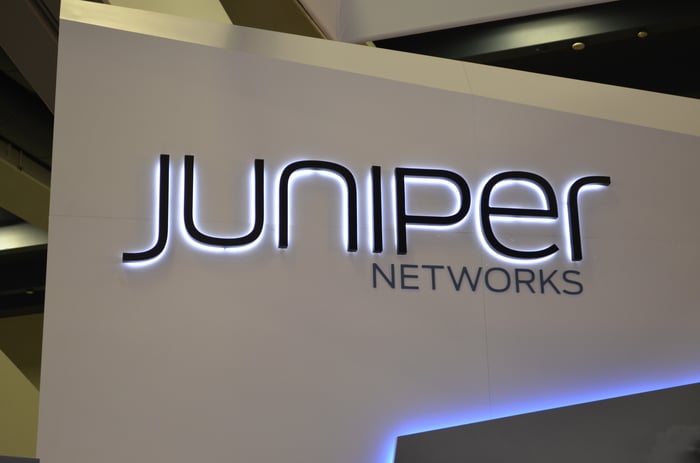 Juniper's first-quarter revenue guidance implies a year-over-year decline of 14% at the midpoint. The company offered an explanation in its earnings release: "The first-quarter revenue outlook reflects ongoing deployment delays as Juniper expects its large cloud customers to continue their architectural transition, which is expected to result in below normal seasonality."

Juniper Networks expects to return to year-over-year growth by the end of year, although gross margin will be pressured by lower volume and product mix. But after two not-so-great quarterly reports in a row, investors are losing patience.