The online retailer pocketed a large tax benefit while running roughshod over expectations in the holiday season.

E-commerce veteran and cloud-computing expert Amazon.com (AMZN 3.58%) reported earnings after the closing bell on Thursday. The report, which covered the fourth quarter of fiscal year 2017, exceeded both management's guidance and analyst estimates across the board.

The bottom line included a one-time tax benefit of $789 million reflecting the effects of December's tax reform. Without that non-cash item, net income would have increased 74% year over year, to $1.07 billion. Earnings without the unique tax effect would have gained 42%, landing at $2.19 per diluted share.

As a reminder, the top end of Amazon's guidance ranges for this quarter stood at 38% revenue growth and $1.65 billion in operating profits. 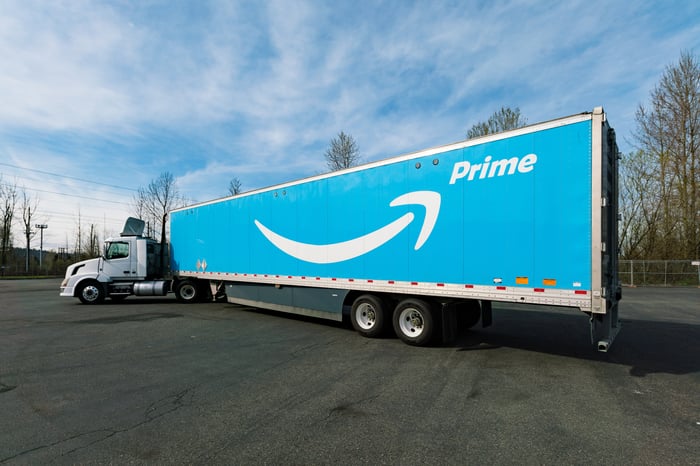 Our 2017 projections for Alexa were very optimistic, and we far exceeded them. We don't see positive surprises of this magnitude very often -- expect us to double down. There are now over 30,000 skills from outside developers, customers can control more than 4,000 smart home devices from 1,200 unique brands with Alexa, and we're seeing strong response to our new far-field voice kit for manufacturers.

Again, we don't really know how many Alexa-powered devices Amazon sold last year or in the fourth quarter, nor how Alexa might impact the company's top or bottom lines. Bezos sure likes to keep proprietary financial details close to the vest.

Amazon's stated long-term goal is to optimize its free cash flows. That isn't necessarily the same thing as maximizing cash flows, judging by the company's tendency to grow its operating cash profits while accelerating its capital spending even faster. 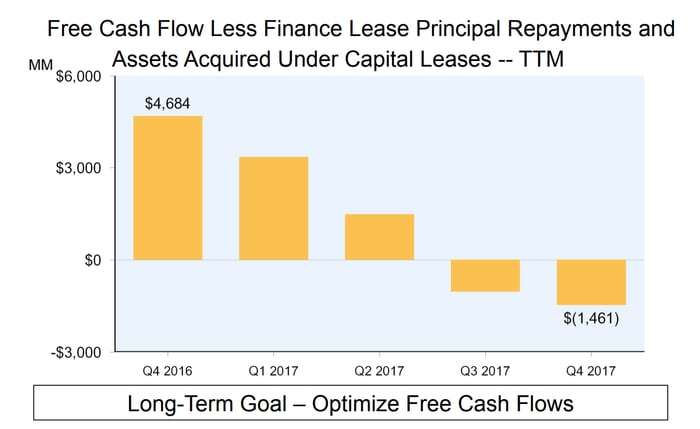