The IT security company is still waiting for changes to bear fruit.

Network security company Check Point Software Technologies Ltd. (CHKP -0.51%) had a decent fourth-quarter performance, but it wasn't blemish-free and management still has execution issues to overcome in the Americas region. Let's take a look at the earnings update investors got this week. 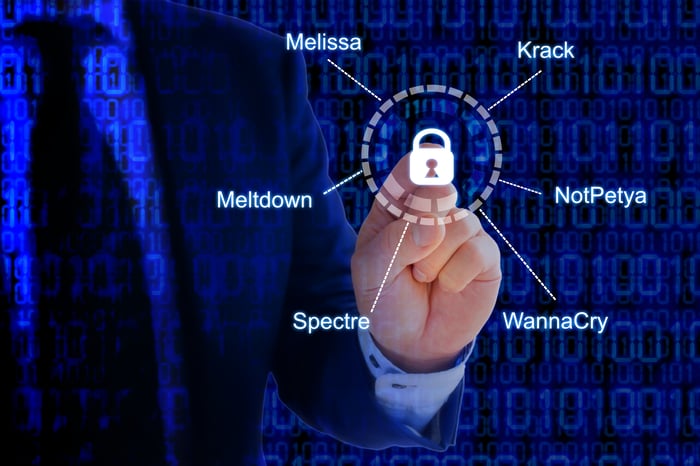 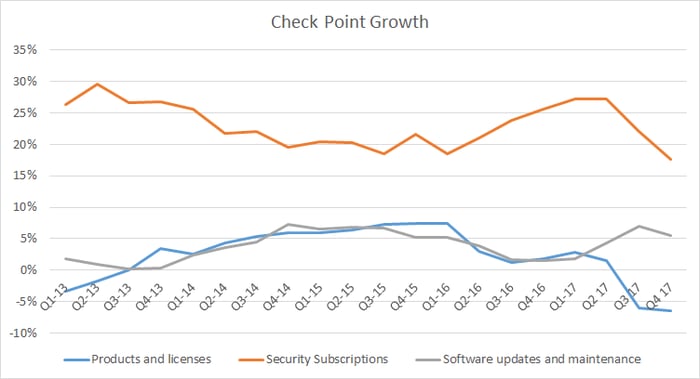 What's going on with Check Point in the U.S.?

While it's true Check Point's revenue has been shifting toward security subscriptions, if you add revenue from products and licenses [P&L] to security subscriptions and compare it with the same quarter last year, the increase is just 2.8%. It was a point made by Piper Jaffray analyst Andrew Nowinski on the earnings call. CFO Tal Payne replied that "America was weaker so as a result that's the 3% that you see in the P&L."

The reason for the weakness in the U.S.? It's a continuation of what CEO Gil Shwed called "execution challenges" on the third-quarter earnings call. In a nutshell, Check Point has been making substantial changes to its sales organization and strategy in the U.S. "The changes we have implemented in the field didn't bear fruits yet and as noted before it will take a few quarters to ramp up the level of productivity and results as we expect," Payne said in the conference call this week.

As one of the established industry leaders, Check Point has long been known for having technological expertise, but the security market is highly competitive, with fast-growing companies like Palo Alto Networks and Fortinet trying to grab market share.

That's why Check Point decided to step up sales and marketing efforts by rearranging the sales force. Given the industry-leading margins and more than $1 billion in free cash flow, the company has the financial firepower to make these changes, but clearly, they are taking time to come to fruition.