Please ensure Javascript is enabled for purposes of website accessibility
Log In Help Join The Motley Fool
Free Article Join Over 1 Million Premium Members And Get More In-Depth Stock Guidance and Research
By Brian Feroldi - Updated Feb 1, 2018 at 10:47AM

John Sculley shares his thoughts on what this moonshot announcement could mean for the U.S. healthcare industry.

In an effort to tackle this challenge head-on, Buffett has joined forces with Jeff Bezos of Amazon.com (AMZN 3.58%) and Jamie Dimon from JPMorgan Chase (JPM 2.98%) to launch an "independent company that is free from profit-making incentives and constraints." The goal of this new entity will be to find a way to deliver "high-quality and transparent healthcare at a reasonable cost" to U.S. employees.

To learn more about the potential ramifications of this deal on the U.S. healthcare system, I got in touch with John Sculley, who held the top chair at Apple from 1983 to 1993. Since leaving Apple, Sculley has been directly involved with a number of high-tech start-ups, many of which are focused on disrupting healthcare. He is currently the CMO of a healthcare tech company called RxAdvance.

Below are some highlights from our conversation (which has been edited for clarity). 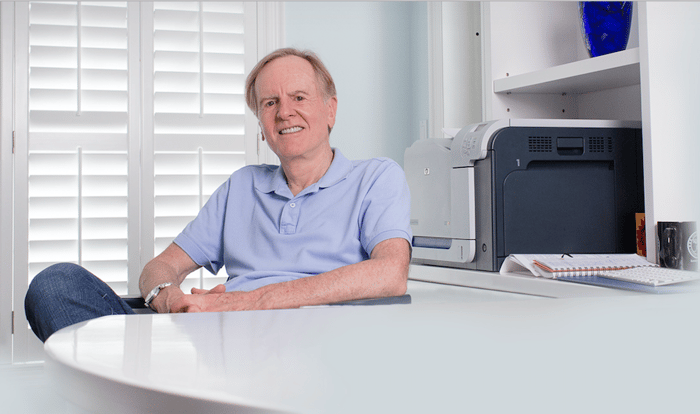 First, I asked John to share some numbers to demonstrate just how much room for cost improvement exists within our current healthcare system:

McKinsey & Co estimates there is about $900 billion of waste, fraud, abuse, misuse, and avoidable medical costs. We know from experience in other industries that cloud-based platforms, smart automation, and actionable analytics are revolutionizing how work gets done. So why not healthcare too? While the stated goal of their new corporation is to save 20% of their health spend for their own employees and companies, I believe what their new corporation learns will have an even larger potential impact if it can accelerate the adoption of transformative innovation in terms of patient cost and quality care. If the health plans modernize their entire operation through enterprise process automation and implement medical intelligence and value-based care models, there is about 20% to 25% reduction in healthcare costs possible.

Next, I pointed out that Amazon, Berkshire, and JP Morgan are all huge businesses with enormous resources, but given the sheer size of the healthcare industry, I wasn't sure what kind of impact a single entity could have on the problem. Here are John's thoughts on the matter:

Warren Buffett is an insurance expert; Jeff Bezos is a cloud platform productivity expert; Jamie Dimon is an expert in how to finance large-scale disruptive innovation.  These are three of the most powerful and admired CEOs in the world. They are creating a new jointly owned and funded company, not just an alliance. This is a huge announcement with wide implications for the US economy.

John also added some additional commentary on why he thought these companies felt the need to band together to act instead of waiting for the U.S. government to take action:

Since the 2016 election, Congress has been obsessed with the ideological question of whether to repair or replace ObamaCare. Either way, a political decision for this question, while important, will not reduce the cost of the U.S. healthcare system enough to make it affordable and at a sustainable cost.

I next asked John to comment on why he thinks this new entity will be focused on developing technological solutions instead of just cutting profits from health insurers. Here's what he had to say:

Health plans are not making 20% to 25% profits, they make only 3% to 5% profits. But there is 20% to 25% wastage there, but they don't know how to cut the wastage due to their antiquated technology that is still widely prevalent in the healthcare industry.

Finally, I asked John to comment on why we haven't seen cost disruption in the healthcare industry:

The healthcare industry has been slower than other industries to encourage disruption because this industry is so complex, so highly regulated, and much of its most important information technology is several decades old. Buffett, Bezos, and Dimon have the power and talent to expand the debate to discover a better way to deliver healthcare at a lower cost and better quality of service. But it won't be easy.

What's next for healthcare investors

John's comments make it clear to me that there is ample room for cost disruption within our current system. However, it is important for investors to keep in mind that the initial scope of this new entity will focus on the U.S. employees of Berkshire, Amazon, and JP Morgan. While that represents a lot of workers, it is still only a tiny fraction of the total U.S. workforce. What's more, we don't have a lot of details to go on yet, so it might be premature to guess at the potential winners and losers from this news.

Either way, there's no doubt that this announcement could have far-reaching implications. Healthcare investors should keep their ears open for more details about the new company.