The chip and component maker's core business is growing, even as the company positions itself in new markets for the future.

Skyworks Solutions (SWKS -0.06%) is a key supplier of radio frequency chips, Internet connectivity chips, power amplifiers, and other components for many of the biggest tech companies in the world. If you've ever used a high-end smartphone, then you've likely had some of Skyworks' tech in your hand.

The company performed well last year and beat Wall Street's consensus earnings estimates in all four quarters. That helped push the company's share price up 27% in 2017. But can Skyworks keep the growth coming? Here's why it's got a good chance. 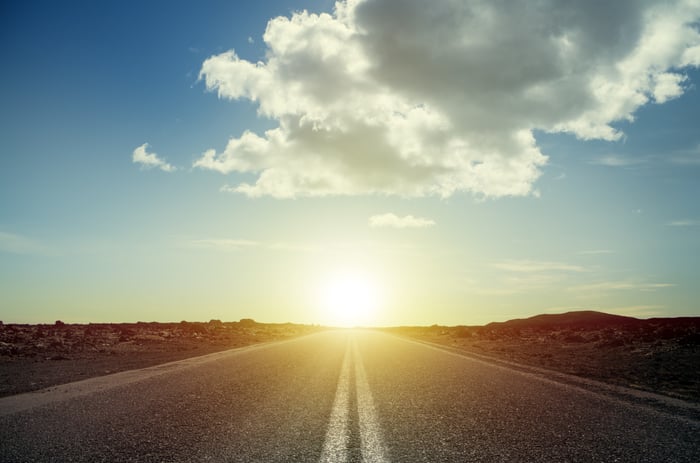 Business is strong with its key customer

One of the most important things to know about Skyworks is that the majority of its revenue -- about 40% -- comes from selling chips to Apple (AAPL -0.37%). The company has been expanding its chip design wins on that front, and has four spots in the iPhone 8 and five in the iPhone X.

Relying so heavily on one original equipment manufacturer (OEM) isn't always a good thing, but Skyworks has been able to balance out its revenue stream by securing design wins in devices made by Alphabet, Amazon, and others. That means it should continue to benefit from its relationship with the iPhone maker without depending too much on it.

Management is expecting solid growth in the upcoming quarter

Yes, investors need to be looking ahead further than just the next quarter, but three-month intervals give us a snapshot of how a company is performing. Here's what Skyworks' management has said to expect in its fiscal first-quarter 2018, which ended in December and will be reported on Feb. 5:

Its top line is expected to grow by 15% year over year, and non-GAAP diluted earnings per share are estimated to pop by 19%. That would put the company's sales at $1.05 billion and its EPS at $1.91.

Gross margins are also expected to increase slightly into the 51% to 51.5% range, tacking another gain onto an upward trend that's been ongoing since 2016.

Skyworks' management also said on the investor call back in November that full-year 2018 sales will rise by about 14.5%.

Another area that could help Skyworks' business grow is the implementation of more 5G services. Telecoms like AT&T and Verizon have said they'll be rolling out 5G coverage in select cities this year, which should fuel more chip sales for Skyworks' connectivity modules. Here's what CEO Liam Griffin said a few months ago:

In order to make the leap to 5G, system architectures will require significantly more powerful connectivity engines to ensure the intense performance challenges are realized. This upgrade wave will create an enormous growth catalyst for the entire smartphone ecosystem.

Specifically, Griffin noted that early pursuits of 5G will start this year and in 2019, and added that "when you look out in the 5G, and some of these more complex markets, that's really going to be the strike zone of what we do at Skyworks."

New markets like the Internet of Things hold lots of promise

Some of Skyworks' biggest opportunities will come from the Internet of Things (IoT). Its wireless chips are being used in semi-autonomous vehicles, drones, connected home devices, and more. That's great news for the company because the IoT is expected to grow to 20 billion devices by 2020, with hardware spending for the segment reaching $3 trillion.

Already, Skyworks' "broad market" revenue segment, which includes IoT chip sales, provides about 26% of its sales. This is important for the company because, like those Android phone wins, it reduces its reliance on Apple by creating other long-term revenue streams.

Driverless cars provide a massive opportunity for Skyworks as well, because of the amount of data that will be processed by, and sent from, these vehicles. Griffin has said that in the next two years, semi-autonomous vehicles will send 4,000 gigabits of data per day (through real-time diagnostics, mapping, and vehicle-to-vehicle communications) and Skyworks' chips will help make those connections possible.

Of course, there's no sure thing

As well-positioned as Skyworks is to benefit from the IoT and to continue growing its sales to Apple, there's obviously no such thing as a sure thing. But Skyworks' management does appear to have found a solid balance between selling hardware to Apple and moving into other revenue segments to find growth. And with Skyworks shares trading at just 12 times estimated forward earnings, the stock looks like a bargain to boot.