Please ensure Javascript is enabled for purposes of website accessibility
Log In Help Join The Motley Fool
Free Article Join Over 1 Million Premium Members And Get More In-Depth Stock Guidance and Research
By Dan Caplinger - Feb 1, 2018 at 9:23AM

Learn how the drug distributor is using its cash.

When an industry goes through a dramatic transformation, it's important for the established players in that industry to make sure they keep up with the pace of change. McKesson (MCK 1.02%) has long enjoyed leadership status in the drug wholesale and distribution business, and it has also shown no hesitation in taking action in order to preserve, protect, and extend its reach over the industry through smart investments like acquisitions and internal growth-producing moves. Yet that has also left ample cash remaining for shareholder-friendly actions.

Coming into Thursday's fiscal third-quarter financial report, McKesson investors believed the company would report weaker earnings because of some of the competitive pressures facing the industry. Instead, with the help of tax reform, the company saw its bottom line rise, and sales were healthier than expected. Let's take a closer look at McKesson and what its future looks like. 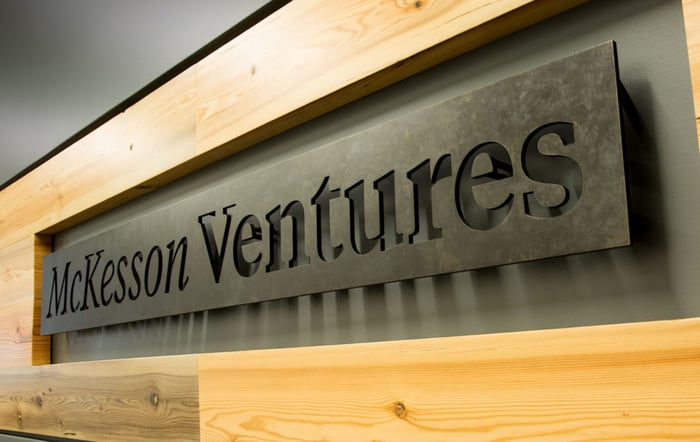 How McKesson kept moving in the right direction

McKesson's fiscal third-quarter results showed the company's resolve to overcome headwinds. Revenue jumped 7% to $53.6 billion, easily topping the $52 billion in sales most investors were looking to see. Adjusted income from continuing operations of $712 million was up 5% from the corresponding figure from a year ago, and adjusted earnings of $3.41 per share not only showed substantial growth, but also crushed the consensus forecast for just $2.94 per share on the bottom line.

Tax reform unquestionably played a major role in McKesson's performance during the quarter. The company said new tax laws added a net benefit of $370 million, which worked out to $1.78 per share that isn't included in the adjusted figures above.

Segment results were generally balanced across the company. McKesson's distribution solutions segment reported 8% growth in revenue, with a 13% rise in international pharmaceutical distribution and services outpacing the 8% gain from the company's North American business. The medical-surgical distribution and services unit saw 9% gains on the segment's top line. From a profit perspective, distribution solutions overall showed a 23% rise in adjusted operating profit, while technology solutions contributed only minimally to the total earnings performance for McKesson.

McKesson's recent growth has come from several different sources, and that's likely to continue. Through the first nine months of the fiscal year, the company has spent about $2 billion on acquisitions and deployed nearly $400 million toward internal investment efforts. Yet it has also worked hard to make shareholder-friendly moves, including paying down $545 million in debt, buying back about $900 million of its own stock, and paying out close to $200 million in dividends. With the announcement of the RxCrossroads acquisition back in November, McKesson is putting itself in position to keep expanding in key areas like specialty pharma.

McKesson responded to tax reform and other favorable factors by boosting its outlook for the full fiscal year. The company now sees fiscal 2018 adjusted earnings of $12.50 to $12.80 per share, up $0.30 to $0.70 from its previous guidance.

McKesson investors seemed pleased with the news, and the stock rose slightly in pre-market trading following the announcement. Competitive pressures in drug distribution will remain, but McKesson looks prepared to handle them -- and to keep its own strategic vision moving forward in 2018 and beyond.