In business school, you are taught that the value of any company is the present value of all future cash flows. But on Netflix's (NFLX -0.90%) recent earnings release, the company reported negative free cash flow of over $2 billion. Not only that, but the company projected negative free cash flow of $3 billion to $4 billion for 2018 -- a cash burn equal to the entire market capitalization of some mid-cap companies.

What was Wall Street's reaction? A stunning 13% surge in the stock and a market capitalization of $100 billion plus. So, what the heck is going on here? Let's dig in. 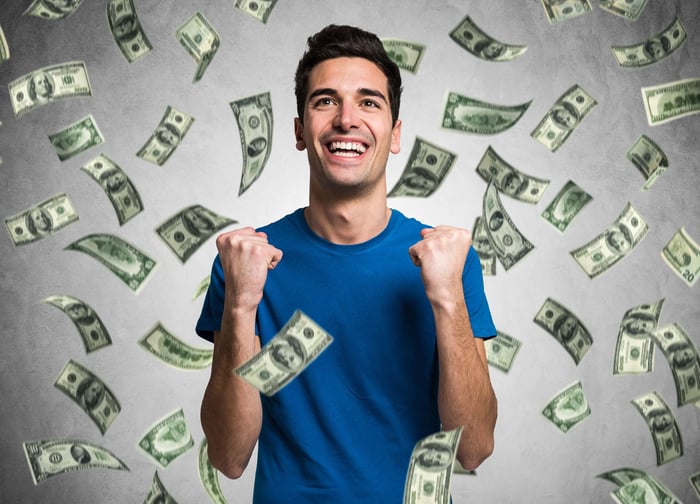 The current strategy at Netflix seems to be to spend as much as possible, as quickly as possible. Not only is the company spending all the cash it generates, it also plans to tap the high-yield debt markets in order to fund investment even beyond the current cash generation of the business.

"High yield has rarely seen an equity cushion so thick," management wrote in its fourth-quarter letter. By equity cushion, Reed Hastings is apparently referring to the company's market capitalization, which now surpasses $100 billion, versus just $6.5 billion in long-term debt, and $3.7 billion in net debt. Of course, one of my colleagues has objected to this methodology to measure the debt-to-equity ratio in the past, as market equity values can change -- sometimes quite rapidly.

Not only will the company increase content spending to between $7.5 billion and $8 billion in 2018 (up from a previous target of $7 billion to $8 billion), a big increase over the roughly $6 billion spent last year, but Netflix also plans to increase its marketing spend by an even greater percentage, from $1.3 billion to about $2 billion.

Negative cash flow and increasing debt -- in addition to the $17.7 billion in future content spending obligations -- will likely make value investors everywhere cringe. But there is, obviously, much more to the story.

Why Netflix gets a pass -- and then some

Of course, negative free cash flow was not the only important metric in the earnings release. As I've previously written, the global market for streaming entertainment is vast, and Netflix, even at over 100 million subscribers, still has a way to go before that market is saturated. Plus, even if the subscriber count flattens out, increasing engagement, or hours watched, will give Netflix more power to raise prices, as it did in October.

And on those two counts, Netflix blew away expectations. Subscribers increased by 8.33 million in the quarter, versus the 6.34 million predicted by analysts, and that was even after a recent price increase, which some thought could have limited growth in the quarter.

And not only did the subscriber additions blow away estimates, but the company also reported a 9% increase in average streaming per member in 2017. That was almost exactly in line with the 10% October price hike for Netflix's standard subscription tier.

Stepping back a bit, Netflix grew overall subscribers by almost 24 million members in 2017, an acceleration over the 19 million the company gained in 2016. That accelerating growth is what has investors so bubbly.

Management also gave additional color on the cash burn, saying: "our only material cash-ahead-of-P&L-expense is content. When we develop a title like Bright, the cash spend is 1-3 years before the viewing, associated membership growth, and P&L expense."

Thus, since the company's current strong subscriber growth and increasing operating margins are apparently the results of cash spent one to three years in the past, the increased spending in 2018 is making investors confident of even more success one to three years into the future.

As cable legend John Malone said in November, scale is crucial in the streaming business, and Netflix is making sure it's spending enough to stay in front of competitors and make the most of its global market opportunity.