GoPro (GPRO -2.68%) announced weaker-than-expected fourth-quarter 2017 results on Thursday after the market closed, including a steep revenue decline as the company struggled to move its wares before reducing prices in December. But that shouldn't come as a big surprise considering shares of the action-camera specialist are still reeling after its preliminary release of selected results a few weeks ago.

With GoPro stock down modestly in after-hours trading as of this writing, let's take a closer look at what drove the business over the past few months, as well as what investors should expect in the coming quarters. 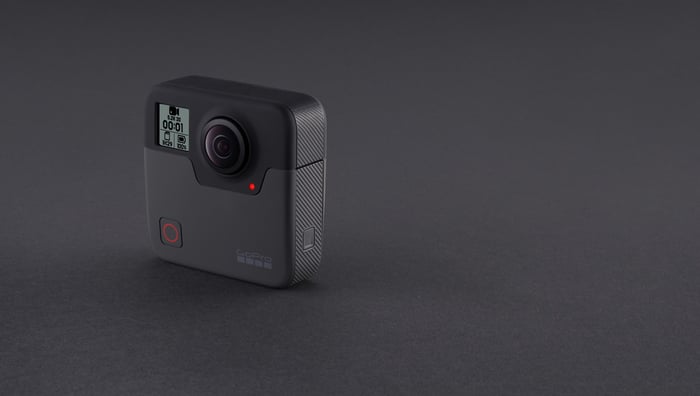 The fourth quarter demonstrated there is significant demand for GoPro products at the right price. Our opportunity in 2018 is to marry consumer demand for GoPro with new, higher margin cameras launching in the second half that will appeal to existing and new consumers. We are also focused on growing GoPro's subscription service, Plus, and launching new initiatives as subscription becomes an increasingly important focus for our business.

GoPro reiterated that sell-through improved following the implementation of its pricing initiatives. But it's disappointing, to say the least, that GoPro had to learn that lesson in the middle of the crucial holiday season.

GoPro is also targeting adjusted operating expenses of below $400 million in 2018, which would represent a cumulative reduction of over $300 million since 2016.

As Woodman pointed out, the company could still turn things around as it couples those cost reductions with a growing subscription base and the launch of higher-margin cameras later this year. But that's a long time to wait for an already impatient market that's watching as GoPro strives to find growth and return to sustained profitability. Until it shows more tangible signs of improvement -- and unless GoPro is acquired by an interested suitor before then -- I suspect the stock will remain under pressure.