Please ensure Javascript is enabled for purposes of website accessibility
Log In Help Join The Motley Fool
Free Article Join Over 1 Million Premium Members And Get More In-Depth Stock Guidance and Research
By Keith Noonan, Daniel Miller, and Leo Sun - Feb 1, 2018 at 6:06AM

NXP Semiconductors, Activision Blizzard, and Electronic Arts each beat the market last year. This trio of investors thinks these stocks will keep their winning streaks alive.

Understanding that past performance does not dictate future results is crucial to successful investing, but it's also true that winners often keep winning. That's why avoiding stocks that have recently enjoyed substantial capital appreciation can cause investors to miss out on promising growth opportunities.

We assembled a panel of three Motley Fool investors and asked each member to profile a stock that gained at least 20% in 2017 and has what it takes to continue delivering wins for shareholders. Here's why they think NXP Semiconductors (NXPI -1.33%), Activision Blizzard (ATVI -0.13%), and Electronic Arts (EA -0.96%) will continue to see their valuations climb. 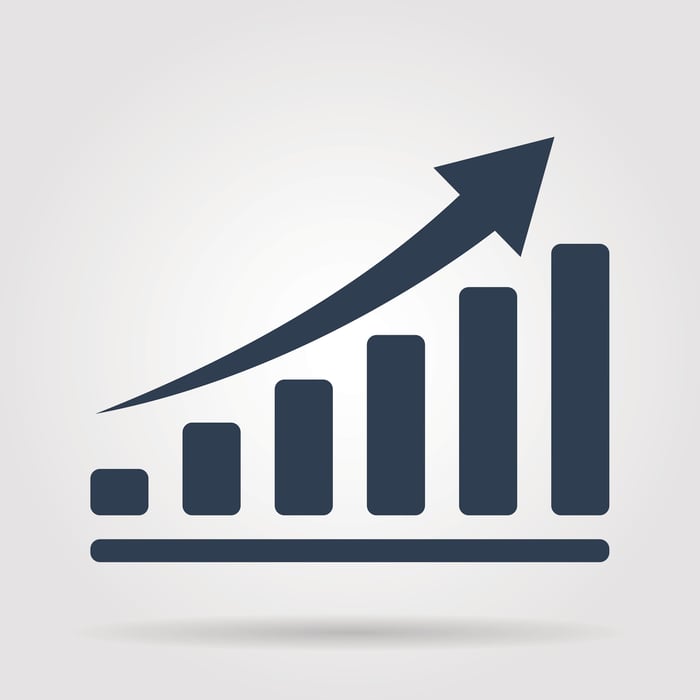 Leo Sun (NXP Semiconductors): When Qualcomm (QCOM -1.91%) announced its plans to buy Dutch chipmaker NXP Semiconductors in October 2016, many NXP investors assumed it was time to take profits. Yet NXP rallied about 20% last year and currently trades at $120 -- $10 higher than Qualcomm's $110-per-share offer.

The problem is that NXP shareholders aren't tendering their shares. Between last February and this January, the percentage of tendered NXP shares dropped from 15% to less than 2%. Activist investor Elliott Management, which holds a 6% stake in NXP, also refused to take Qualcomm's offer, declaring that the chipmaker was worth at least $135 per share.

The takeover also ran into antitrust hurdles. U.S. regulators approved the deal last April, but EU regulators only recently cleared the deal, on the condition that Qualcomm not acquire NXP's standard essential near-field-communications patents. It was further complicated by Broadcom's (AVGO -0.94%) hostile bid for Qualcomm, and its suggestion that it could either buy Qualcomm and NXP separately, or buy Qualcomm and nix the NXP deal.

All that chaos suggests that NXP, the world's largest automotive chipmaker, could attract higher bids this year. But even if NXP remains independent, it has solid prospects, with analysts expecting double-digit earnings growth over the next two years. The stock also isn't pricey, at 17 times forward earnings.

Daniel Miller (Activision Blizzard): Not only did Activision Blizzard  see its price rise more than 20%, on its way to a 2017 gain of 75%, but there's also plenty of growth left. Activision is a wildly successful standalone interactive entertainment company, with franchises including Call of Duty, Destiny, World of Warcraft, and Overwatch, among many others. And there are two driving forces behind Activision that could propel it to new heights in the years ahead: esports and microtransactions.

Microtransactions have been under the microscope thanks to Electronic Arts' Star Wars Battlefront II. EA took a beating over in-game purchases to unlock, or at least unlock more quickly, popular characters. Other games have had similar but less publicized issues, but despite the backlash, microtransactions are likely to be a major part of gaming in the future. Activision will just have to find a way to balance how to monetize them in a way that doesn't upset the gaming community. When it finds that equilibrium, the additional revenue generated will help boost its top and bottom line.

But the driving force that could really turn Activision into a wealth-creating machine for investors will professional competitive gaming. Overwatch has been a huge success in the esports megatrend, and Activision owns four games in the top 10 of Twitch's most watched esports, according to Morningstar.com. Investors are just beginning to understand the potential of esports, which drives incredible engagement and competitive activity for franchise games. It also opens the door for Activision to delve into consumer products, from team jerseys to customized gaming equipment.

Activision was an excellent investment in 2017 and has proved it can make engaging and brilliant games. If it can figure out how to optimally monetize microtransactions and increase its exposure to the esports trend, there's no way this stock is slowing down.

A likely winner in a long-term game

Keith Noonan (Electronic Arts):  As Daniel touched on, Electronic Arts faced a notable setback in 2017 over controversy associated with one of its big releases. The company's 33% share-price increase last year is nothing to sneeze at, but it lagged the performance of industry competitors Activision Blizzard, Take-Two Interactive, and Ubisoft, and its stock gains would have almost certainly been even more impressive if Star Wars Battlefront II had enjoyed a better reception. The upside of this situation, for investors at least, is that EA now looks to be one of the cheaper video game stocks, and that could create more upward momentum.

While the Battlefront II controversy is rightly causing the company to rethink its approach to microtransactions for certain titles, I think it's likely that this will be a short-term speed bump on the long-term growth trajectory. In fact, there's evidence that EA's implementation of in-game purchases for other key titles is already working quite well. The Ultimate Team game modes for its sports franchises are heavily geared toward encouraging in-game spending, but they've been big revenue drivers for the company and significantly increased engagement as well -- with the number of players for Madden's Ultimate Team game mode up 25% year over year in the company's most recently reported quarter.

If there's lingering concern that microtransaction revenue will no longer be a big growth driver for EA, I expect that trepidation to recede in relatively short order. EA also continues to have big growth opportunities in mobile, an expanding global market for video games, and emerging product categories such as esports and mixed reality. With these factors in mind, I think that Electronic Arts stands a good chance of continuing to deliver wins for long-term shareholders.