One of the clothing brand's co-founders just became embroiled in the #MeToo movement.

"He shouldn't be allowed to use his power in the industry to sexually and emotionally harass women," Upton elaborated, using the #MeToo hashtag that has come to signify the recent movement to highlight the prevalence of sexual assault and harassment. 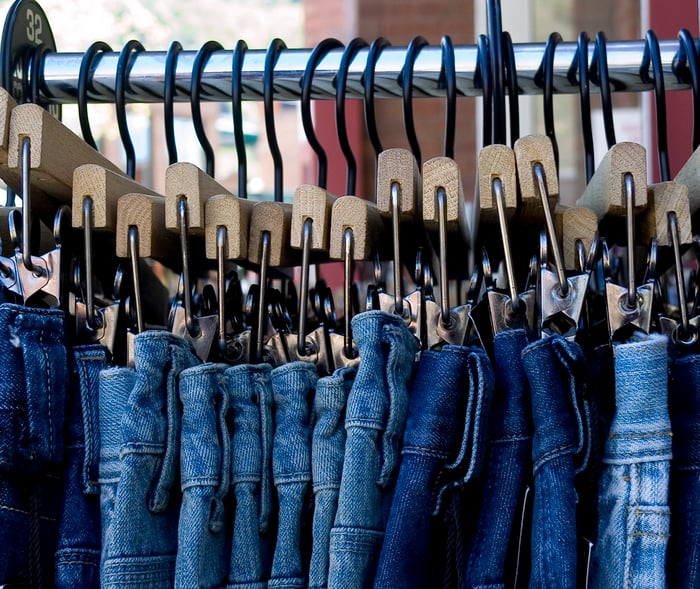 Marciano, for his part, promptly denied the accusation, telling TMZ that he was "shocked," and claiming "he's never touched Upton, and has never even been alone with her."

"If she has a claim," he added, "there's one place to tell the truth and that's in court or to the police."

Marciano further suggested that Upton -- who was formerly the face of the Guess? brand -- may be motivated by the company's decision to cut ties with her after she began showing up to sets "looking terrible" following late nights.

Of course, that unflattering bit of speculation hardly does the Guess? brand any favors, and it seems safe to bet that Upton will provide details to back up her assertion in the near future. With that in mind, it's hardly surprising to see investors taking a step back from the company as they wait to see how the situation unfolds.