Please ensure Javascript is enabled for purposes of website accessibility
Log In Help Join The Motley Fool
Free Article Join Over 1 Million Premium Members And Get More In-Depth Stock Guidance and Research
By Cory Renauer - Feb 2, 2018 at 11:05AM

A fourth-quarter report boasting rising sales and falling expenses is giving investors a reason to cheer.

Shares of athenahealth, Inc. (ATHN) are on the rise after the provider of network-enabled services for U.S. healthcare providers smashed through analyst estimates with a glowing fourth-quarter earnings report. The stock was up around 13.3% as of 11:28 a.m. EST on Friday.

The average analyst was expecting athenahealth to report adjusted earnings of just $0.63-per-share profit in the fourth quarter. Instead, management delivered an adjusted profit of $1.11 per share, a whopping 79% gain over the prior-year period. 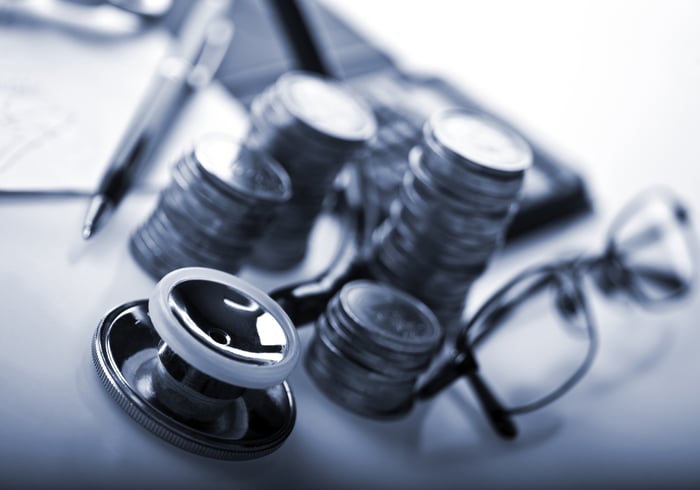 Management deserves a pat on the back for using less to bring in more. In 2017, the company increased the number of providers on its network by 15% even though management shaved 1.7% off total selling and marketing expenses during the year.

Even though athenahealth isn't growing its top line as fast as in past years, spending less to sign up an impressive number of new customers suggests a network effect could accelerate profit growth in the quarters ahead and well into the long term.

It's never been a better time to become an indispensable weapon in the fight against embarrassingly inefficient healthcare spending. Amazon.com, Berkshire Hathaway, and JPMorgan Chase are so fed up that they've combined forces to find technological solutions that will lower healthcare costs.

JPHathazon will begin trying to lower costs for around 1 million of its own employees, at first. The initial announcement was light on details, but investors need to brace for the day the combined entity becomes a competitive threat or a suitor is willing to acquire athenahealth's rapidly growing business.