Amazon.com's (NASDAQ:AMZN) long-rumored entrance into healthcare has been joined by JPMorgan Chase (NYSE:JPM) and Warren Buffett's Berkshire Hathaway (NYSE:BRK.A)(NYSE:BRK.B). According to a press release issued early Tuesday morning, the three titanic companies will bring together their experience in technology, financing, and insurance to create a new non-profit company to deliver people "simplified, high-quality, and transparent healthcare at a reasonable cost."

Warren Buffett, who is famous for his folksy wisdom, said, "The ballooning costs of healthcare act as a hungry tapeworm on the American economy." He should know. In addition to being a legendary investor, his Berkshire Hathaway owns companies that cut across the business landscape from railroads to retail to insurance. 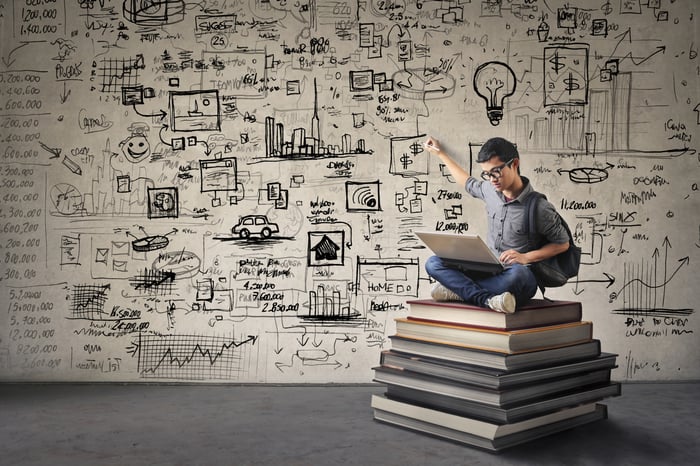 The seemingly unchecked increase in healthcare costs has massively inflated spending on healthcare in America. The U.S. spent more than $3.3 trillion on healthcare, or over $10,348 per person, in 2016, according to the Centers for Medicare and Medicaid Services' (CMS) most recent National Healthcare Expenditures report. As a result, healthcare spending represents 17.9% of U.S. gross domestic product, up from about 12% in 1990. The direct costs, including treatment and indirect costs, such as lost productivity due to illness or injury, are staggering, and while the rate of change in healthcare costs has slowed in recent years, annual increases still significantly exceed inflation. As a result, the CMS estimates U.S. healthcare spending will grow 5.6% annually through 2025, increasing healthcare spending to nearly 20% of GDP.

Amazon's founder and CEO, Jeff Bezos, has a lot of experience disrupting big sectors of the U.S. economy, but even he concedes that the U.S. healthcare system is complex, and revolutionizing it will be a challenge.

The U.S. healthcare sector is highly fragmented, and access to healthcare, as well as its cost, depends largely on where a person lives. Improving access and normalizing costs will be important, but doing so will require satisfying the oftentimes competing interests of primary care doctors, specialists, hospitals, medical equipment companies, medical device companies, drugmakers, medical distributors, insurers, pharmacies, and others.

"Hard as it might be, reducing healthcare's burden on the economy while improving outcomes for employees and their families would be worth the effort," said Bezos, who seems undaunted by the challenge. 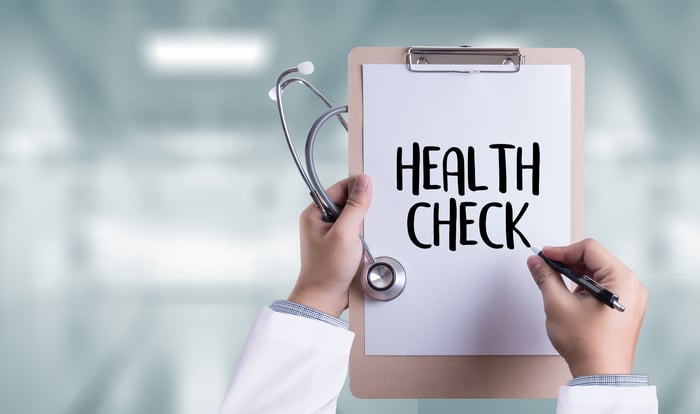 JPMorgan's CEO, Jamie Dimon, worked closely with politicians and competitors to help the U.S. emerge from the Great Recession, and perhaps that experience has given him confidence that JPMorgan, Amazon, and Berkshire Hathaway can successfully reshape healthcare.

"People want transparency, knowledge, and control when it comes to managing their healthcare," Dimon said.

That's undeniably true. Healthcare is anything but transparent, particularly when it comes to its cost, and that lack of transparency makes it incredibly challenging for patients to make educated decisions about their healthcare options.

Bringing transparency to the healthcare sector won't be easy because healthcare payers and vendors have historically kept pricing close to the vest, treating it somewhat like a trade secret. Yet, Amazon, Berkshire Hathaway, and JPMorgan have, in Dimon's words, "extraordinary resources" that can be committed to "create solutions that benefit our U.S. employees, their families, and, potentially, all Americans." With over 1 million employees across these companies, Amazon, Berkshire Hathaway, and JPMorgan likely have a clearer view of this sector than others.

Buffett, Bezos, and Dimon were hazy on the details of how their new collaboration will tackle healthcare reform, but they're seeding their new company with top talent, including Todd Combs, a Buffett disciple, Marvelle Sullivan Berchtold, managing director of JPMorgan Chase, and Beth Galetti, a senior vice president at Amazon.

Initially, the focus will be on technology-driven solutions that improve the healthcare system. Perhaps, that will mean deploying blockchain technology in electronic health records, increasing access to telehealth, and developing new healthcare apps for wearables, such as Apple's Watch.

Employees at these companies will serve as the testing ground for any products or services this venture creates, so it may be a while before any efforts trickle to everyday Americans. Nevertheless, I wouldn't bet against Buffett, Bezos, or Dimon. After all, their track records of success suggest that they might be able to disrupt healthcare more quickly than anyone expects.