You can’t invest in Lego directly, but you can invest in a company making digital Lego content in one of the toy maker's fastest growing markets.

Toy maker and kid favorite Lego is launching a new campaign. The company recently said it will use Chinese tech conglomerate Tencent (TCEHY -0.24%) to make new games aimed at the world's most populous country. With China's toy and game industry growing at a fast pace, Lego's vote of confidence in Tencent is a positive sign for investors.

Lego -- which has diversified its empire of toys in recent years with digital content like video games and movies -- will be using Tencent's leadership in social networking and mobile gaming to expand its viewership among Chinese children. Games are increasingly viewed as developmental tools for kids, and Lego wants to tap into that trend by creating educational games and videos.

As part of the deal, Tencent will create a dedicated portion of its video site for Lego, publish and operate new games, and co-develop a new social network for Chinese children. Lego Boost, an educational app that teaches kids how to code and brings their creations to life, will also move onto Tencent's platform. 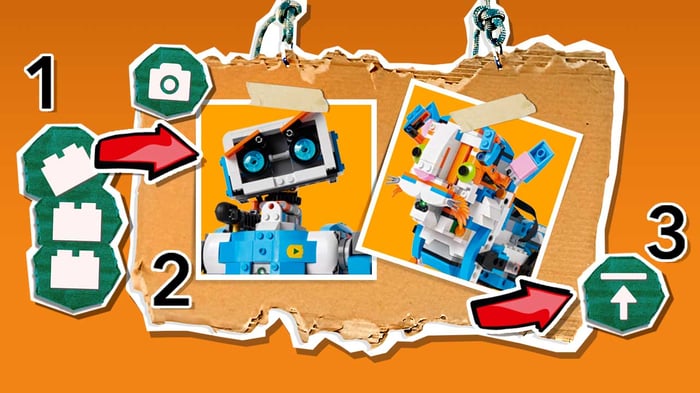 The toy maker wants a piece of the huge Chinese market for good reason. The company's stalwart toy empire had falling revenues for the first time in a decade in the first half of its current fiscal year, but China was a bright spot. Though still a very small part of its business, revenue there was growing in the double digits. With a big push into physical sales with the opening of one of the world's largest Lego stores in Shanghai in 2016, digital is the next step. To make that happen, there is no one better to rely on than Tencent.

What is Tencent and why it matters

While Facebook (META -0.76%) is still the global social network leader with over 2 billion users, Tencent reigns supreme in China. The company owns and operates WeChat, which is knocking on the door of 1 billion users.

The company's platform integrates messaging, calls, and entertainment with a network of vendors and payment system. Unlike Facebook, which makes most of its money from advertising, the Tencent platform's bread and butter is sales of games, products, and other services. Scoring a big toy maker like Lego with rosy prospects in a big new market like China will give Tencent's revenue generation machine yet another boost.

As with Lego, Tencent is also looking to expand into new businesses. One of those is entertainment content. Adding a globally recognized brand like Lego could help the company continue to expand. According to research group Euromonitor, toys and video games are growing double digits in China and the greater Asian region. Lego obviously fits into that lucrative niche.

To date, Tencent's strategy is working. In its last reported quarter, revenue from online games grew 48% from the same period the previous year. Revenue from social networks -- which include digital content like videos and game-related sales -- was up 56% year over year.

Those signs point to Lego making a successful foray into China. The company is privately held, though, so investors can't access that potential. What is possible, though, is buying shares in Tencent. With digital media and games on the rise in China, its largest social networking and gaming company looks like a good bet to me. The Lego deal is an added sweetener. Fool Brian Stoffel recently decided to take the plunge and buy shares of Tencent; check out why.