The display and interface upstart Synaptics has fallen out of favor, and that translates to an opportunity.

Much of the news surrounding Synaptics (SYNA -3.38%) of late hasn't been good. CEO Rick Bergman started the retreat when he sold 20,000 shares on Jan. 12. Since then, several large institutional investors have also minimized their positions. To add insult to injury, a research firm recently lowered its rating on Synaptics stock to "hold" from "buy."

As so often happens, the bearish sentiment seems to be spreading. That's the bad news. The upside is that there's no legitimate reason for Synaptics stock to be under so much pressure. Last quarter was solid in a number of ways, though guidance for Synaptics' fiscal 2018 second quarter was a bit light.

Despite this quarter's revenue forecast, the fact remains that Synaptics stock is trading at bargain basement prices, yet it boasts several significant growth drivers -- a nice combination for value investors in search of growth. 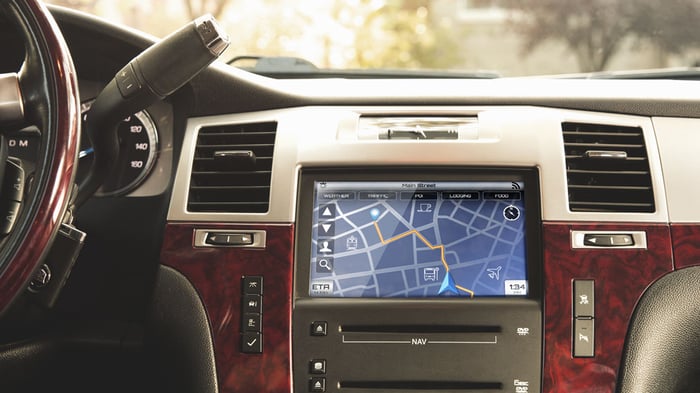 Smartphones are king, but for how long?

Long known for its multiple display and fingerprint sensors for smartphones, Synaptics continues to derive the majority of its revenue from mobile solutions: 70% of its $417.4 million in total revenue last quarter -- an 8% improvement year over year -- was from its mobile division.

The $292.9 million in mobile-related sales was down 7% compared to a year ago. It should be noted that Synaptics reclassified $20.2 million in former mobile revenue to its new-ish Internet of Things (IoT) unit last quarter. Consumer IoT generated $59.2 million in quarterly sales, equal to 14% of total revenue. Better still, Bergman expects IoT revenue will "approach a quarter" of total sales this period. Finally, PC revenue soared 19% year over year to $65.3 million.

Even as Synaptics is diversifying its revenue sources, mobile revenue should get a boost next quarter. Synaptics announced last month that the "world's first in-display fingerprint sensors" are now being mass produced in partnership with a top-five original equipment manufacturer.

The highly secure in-display sensors, however, have applications well beyond smartphones. It's not a reach to suggest Synaptics groundbreaking solution will be featured in smart-car infotainment systems -- already a targeted market -- and numerous smart-home devices. 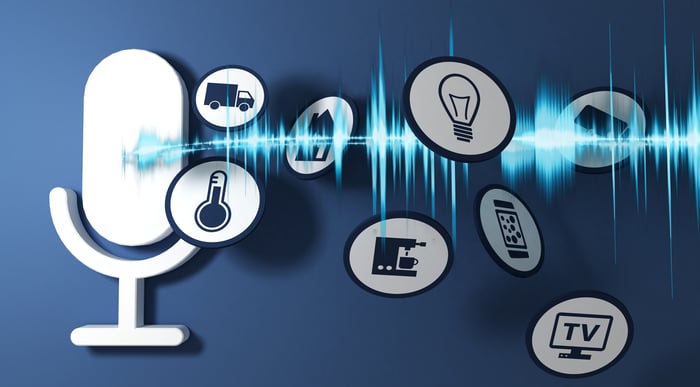 As Synaptics pointed out when it announced the deals for Conexant and Marvell's multimedia unit, the IoT voice and video solutions offerings of the two instantly opened up a new multibillion-dollar market. Synaptics wasted no time taking advantage of its new opportunity.

The day following the Microsoft Cortana news, Synaptics said that Harman International has chosen its AudioSmart solution for its Allure family of smart speakers. Considering Synaptics' initiative of growing its IoT sales, and expectations the unit will generate 25% of total revenue this quarter, more wins are just around the corner.

By virtually every metric, Synaptics stock is valued well below its peers. Looking ahead, at a mere 10 times forward earnings, Synaptics is an absolute steal. Not only does its rock-bottom valuation translate to tremendous upside potential, it limits risk. Let's face it: At its current share price, how much lower can Synaptics stock go?

Yes, the $410 million to $450 million forecast for the second quarter is below last year's $461.3 million, but it's safe to say the expected "miss" is already priced, and then some, into Synaptics stock. With its revenue diversification efforts in full swing, nothing but upside in the exploding IoT market, and meager valuation, Synaptics may just be the best long-term growth stock in tech.