The payroll giant expects to be a major beneficiary of the Tax Cuts and Jobs Act.

Automatic Data Processing (ADP -0.15%) reported fiscal second-quarter results on Jan. 31. The provider of human capital management solutions delivered solid increases in sales and adjusted profits, prompting it to raise its earnings forecast for the year ahead.

What happened with ADP this quarter?

Worldwide new business bookings grew 6% year over year, placing ADP on track to hit its full-year goal of 5% to 7% growth. Revenue rose 8% to $3.2 billion, and 7% on an organic basis.

"This revenue growth was slightly above our expectations, and we are pleased with the progress that we've made so far in the first half of fiscal 2018," CEO Carlos Rodriguez said during a conference call with analysts.

All told, ADP's earnings before interest and taxes -- adjusted to exclude restructuring charges and other non-recurring items -- rose 2% to $602 million, with adjusted EBIT margin declining 120 basis points to 18.6%, in part because of the impact of recent acquisitions. Adjusted net earnings, however, benefited from a lower effective tax rate and jumped 13% to $440 million. In turn, adjusted EPS -- boosted by stock buybacks -- leapt 14% to $0.99. 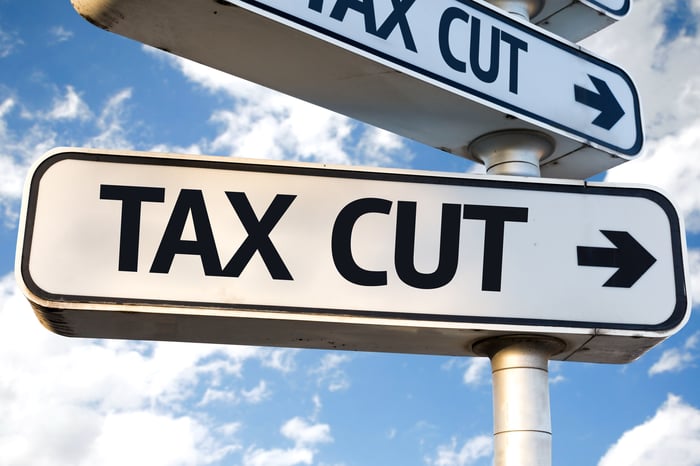 These results, combined with the expected benefits of tax reform, prompted ADP to raise its financial guidance for fiscal 2018. The new forecast now includes:

"Clearly, we are one of the beneficiaries of U.S. corporate tax reform," CFO Jan Siegmund said. "And while this offers us additional financial flexibility going forward, our priorities, which have delivered strong total shareholder return performance to our shareholders, remain unchanged."