Please ensure Javascript is enabled for purposes of website accessibility
Log In Help Join The Motley Fool
Free Article Join Over 1 Million Premium Members And Get More In-Depth Stock Guidance and Research
By Dan Caplinger - Feb 4, 2018 at 7:37AM

There's too much else going on in the cryptocurrency world.

If you want to pick a defining moment for bitcoin, 2017 makes a strong case. The cryptocurrency climbed above the $10,000 mark for the first time, and Wall Street gave investors new ways to invest in bitcoin. Millions of people became aware of bitcoin in 2017, and now, there's hardly anyone who hasn't heard of the cryptocurrency and its impact on the financial world.

Many people think that bitcoin is just getting started, and they think that 2018 might well be the year of bitcoin. Yet there are many reasons why bitcoin isn't likely to be the shining light in the investing world again this year. Following are just a few of them. 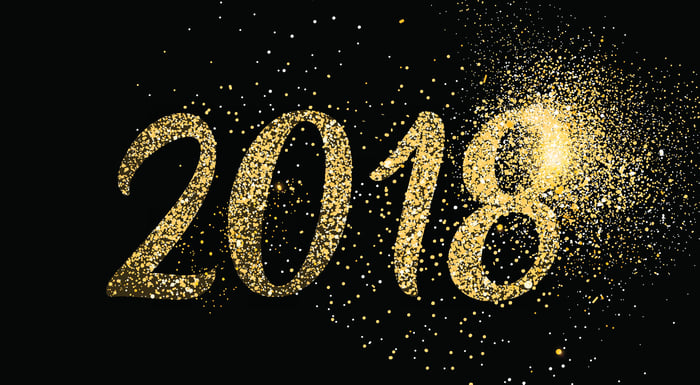 To call 2018 the year of bitcoin, the cryptocurrency would have to be able to top its best past performance. That would mean outpacing the returns that bitcoin gave its owners in 2017. From a starting point of less than $1,000, bitcoin climbed to more than $14,000 by the end of last year. To outdo that performance, bitcoin would have to climb above the $200,000 mark by the end of 2018. That's not undoable, and a few ambitious investors have called for the cryptocurrency to reach even greater heights in the years to come.

Still others would make the case that 2017 wasn't even bitcoin's best year. Arguably, 2010 was the year of bitcoin, during which the cryptocurrency posted a 96-fold gain. Duplicating that would require a jump in 2018 above $1 million per bitcoin, and that's even ambitious by the standards of the most bullish cryptocurrency investors.

2. 2018 could be the year of cryptocurrencies other than bitcoin

Until recently, even those who knew about bitcoin didn't have much awareness that there were other cryptocurrencies out there. That all changed last year, when bitcoin's gains brought with them increased investor awareness of the alternatives to bitcoin in the cryptocurrency market.

Now, some see bitcoin's rivals surpassing the groundbreaking cryptocurrency in the near future. Ethereum features a blockchain that's popular among organizations testing and using it in multiple capacities. Ripple has the backing of major financial institutions and has a token price that's a lot more reasonable than bitcoin's current value. Other cryptocurrencies have arisen to provide for more specialized applications, including users interested in maximum privacy for their transactions and those seeking greater speeds than bitcoin can offer. Rising interest in any of bitcoin's rivals could make 2018 a special year for their future prospects rather than for bitcoin's.

U.S. investors don't necessarily pay much attention to what's happening with bitcoin overseas. Here in the U.S., discussions about bitcoin regulation have largely centered on making sure people pay taxes on their cryptocurrency gains. There have been some comments from the Securities and Exchange Commission and the Commodity Futures Trading Commission about initial coin offerings and other securities, especially since bitcoin futures became available, but nothing particularly onerous has happened to clamp down on cryptocurrencies.

Abroad, the story is much different. Outright bans exist in a handful of countries, but even more troubling are moves like the recent efforts by China to limit coin offerings and cryptocurrency exchanges and South Korea's decision to expand measures to fight money laundering and fraud using bitcoin and other tokens. With South Korea representing a huge market for bitcoin use, even the threat of tougher regulations has roiled the cryptocurrency markets, and participants will watch closely to see what happens there and whether similar moves happen elsewhere.

2018: the year of bitcoin uncertainty

Just about the only thing that investors can be sure of is that bitcoin will remain a volatile asset in 2018. Even if the cryptocurrency produces impressive returns again this year, the fact that bitcoin has already entered the collective consciousness means that the true "year of bitcoin" is already in the past.