Under CEO Steve Easterbrook, the fast-food chain is an entirely different company.

McDonald's (MCD 2.46%) CEO Steve Easterbrook continues to build upon his legacy as a turnaround artist. In McDonald's recently reported fourth-quarter results, the company again beat analyst expectations with adjusted earnings per share of $1.71 -- Easterbrook's 10th bottom-line outperformance in the 12 quarters he's led the company (GAAP earnings were significantly lower at $0.87 per share due to charges related to the new U.S. tax law).

While revenue fell 11.4% from the prior-year quarter, this was due to increased sales of restaurants to franchisees, which changes the company's revenue profile. More important to McDonald's investors is that the fast-food restaurant reported robust same-store sales both domestically and on a global basis, growing this key metric 4.5% and 5.5%, respectively. That caps off McDonald's best full-year comparable-sales performance in six years.

After years of struggling, McDonald's stock has thrived under Easterbrook, rising 80% during his tenure versus the S&P 500's 36% gain. 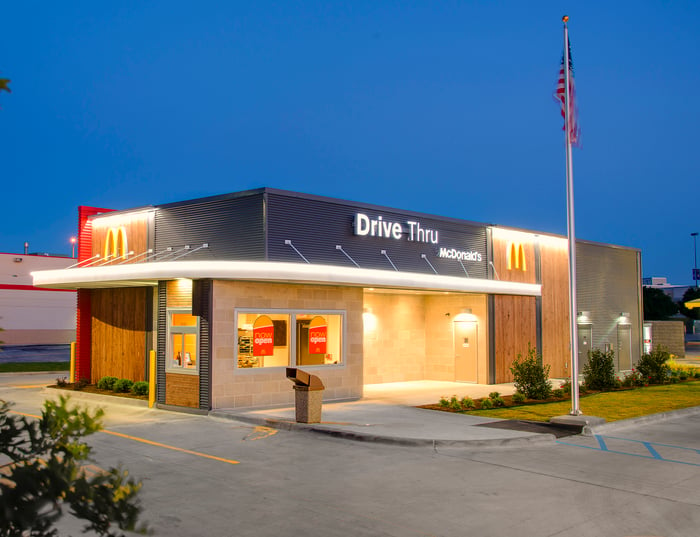 The key to Easterbrook's success has been in effectively leveraging his value menu. Under prior CEO Don Thompson, McDonald's abandoned the company's successful Dollar Menu in 2013. The Dollar Menu was a loss leader, instrumental in driving traffic to restaurants, which allowed the company to profit from higher-priced items like the Big Mac. Easterbrook has reinstated McDonald's value proposition with the McPick 2 and the recent $1, $2, $3 Dollar Menu promotions.

It's paying off. In its fourth quarter earnings report, the company credits McPick 2 and beverage specials -- along with "strong consumer response" to the Buttermilk Crispy Tenders, a higher-priced item -- for sales increases. Systemwide sales, a better metric for food sales than revenue due to franchising, increased 8% on a constant-currency basis during the quarter.

Has the company run too far?

Easterbrook has Wall Street's attention with the stock advancing 41% in 2017, but McDonald's will need to continue to post strong results for shares to extend their rally. The stock is valued at approximately 26 times forward earnings, a premium given the S&P 500's broad valuation of 19 times.

In the latest earnings report, Easterbrook noted they reached their target to refranchise 4,000 restaurants, which will lessen top-line decreases in future quarters at the expense of dampening further improvement in the operating-income margin profile. The company's plan to improve operating income is to continue to cut selling, general, and administrative (SG&A) expenses, with the goal of eliminating $500 million by 2019. The company's off to a good start by cutting $153 million of SG&A expenses in fiscal 2017.

One thing that's not going to change is the company's aggressive campaign to return cash to shareholders. In the prior quarter, McDonald's stated it expects to return between $22 billion and $24 billion in both dividends and share buybacks -- roughly 16% of the company's total market cap -- in the three-year period ending in 2019. For the fourth quarter, management not only recommitted to this cash-return goal but guided to the top of previously announced guidance of $24 billion.

McDonald's investors may have high expectations, but Easterbrook has proven himself as a capable CEO. I wouldn't bet against the company with him at the helm.