Tariffs will raise the cost of solar for consumers, which had investors worried last month.

Shares of Vivint Solar Inc (VSLR) fell 14.8% in January, according to data provided by S&P Global Market Intelligence, after the Trump Administration slapped tariffs on solar imports. Installers like Vivint Solar will likely feel the brunt of the added cost, even though manufacturers were the target of tariffs.

Tariffs will start at 30% of the import value in the first year, which begins in February 2018 and then falls 500 basis point through a four-year term. There's very little solar-manufacturing capacity in the U.S., so it's likely that most of Vivint Solar's costs will jump by about $0.10 per watt, the cost of the tariff. 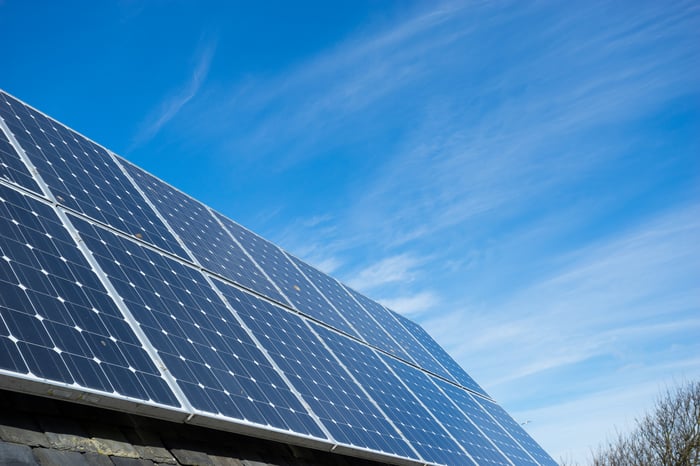 The good news for residential solar installers like Vivint is that they have higher costs than utility-scale solar installers. A typical residential solar system costs around $3 per watt, so a $0.10 per-watt increase will only add about 3% to the cost of the system. A utility-scale solar system that costs $1 per watt would see costs go up 10% with the same increase in solar-panel imports, hampering the economics of the business even further.

The market hasn't known what to do with Vivint Solar for most of the past year. Investors see value in the balance sheet, but also threats from tariffs. January's move lower was driven by those tariffs coming to fruition, even if they were largely expected by investors.

While Vivint Solar may be heading lower so far in 2018, the stock provides a solid value to investors. Management estimates there's $6.30 per share in net retained value from existing solar contracts with customers, and Vivint's core business of selling solar-energy savings to customers is still an attractive proposition despite slightly higher costs.

Long term, I think tariffs and January's drop will be a blip on the radar, and Vivint Solar's stock is still a great long-term buy for investors.