Align Technology was the best-performing S&P 500 company in 2017. This month's pace was even better.

Align Technology (ALGN 4.51%) continues to defy market expectations, with shares of the disruptive orthodontia company advancing 18% in January, according to data provided by S&P Global Market Intelligence, building upon the momentum from a strong 2017. 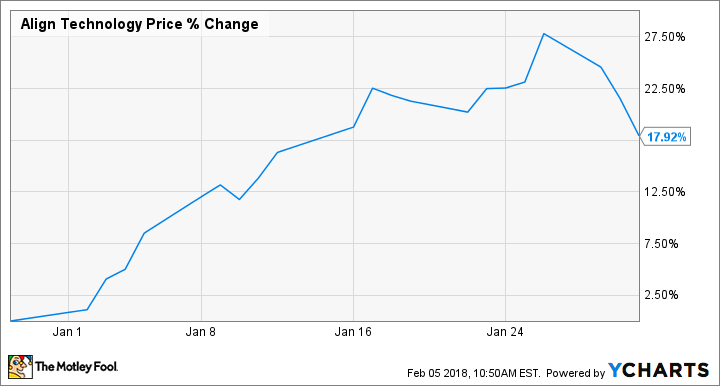 Align Technology was the best-performing stock in the entire S&P 500 index last year, soaring more than 130%. Investors bid up the company to nosebleed valuations, with shares currently trading at approximately 57 times estimated forward earnings and 16 times sales. For comparison, the greater S&P 500 trades at 18 times and 2.3 times, respectively. 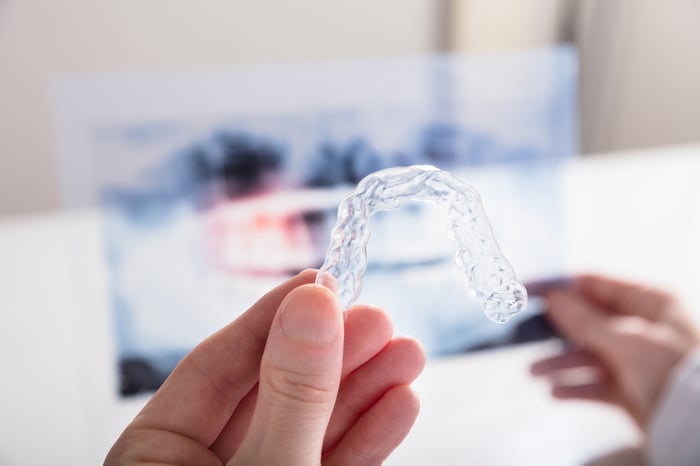 One thing's for sure: Align Technology is providing strong growth for its investors. In 2017, Align grew its top line by 36%, with both the clear aligner and scanner and services divisions keeping pace. Even more encouraging, revenue in the larger clear aligner division was mostly due to increases in Invisalign case shipments, which jumped 31% over 2016, not because of average selling prices rising. (They did go up but to a smaller extent, by just 2.4%.)

Don't expect a reversal in growth anytime soon. In the recently reported fourth quarter, management guided for net revenue growth of 30.5% at the midpoint, with Invisalign case shipments up approximately 28% at the midpoint. Currently, Invisalign only has 10% of orthodontic case starts, which should climb as a greater number of people opt for its more visibly appealing treatment.

Moving forward, international will be the true growth story. Last year, the company shipped 45% more cases internationally and is rapidly expanding in Europe, Canada, and Latin America. Look for its robust growth to continue, with international operations leading the way.