After rallying more than 100% after its 2017 IPO, shares of Canada Goose continue to climb higher.

Canada Goose Holdings (GOOS 1.87%) continues its hot streak in 2018. In January, shares of the high-end Canadian apparel manufacturer jumped 14%, according to data from S&P Global Market Intelligence, building on a strong 2017 that saw the company's debut in the public markets.

Canada Goose was one of the strongest IPOs of 2017. After its March IPO, shares increased approximately 133% during the year. Investors were impressed with the company's strong operations, as the company beat analyst expectations on both the top and bottom lines in both reported quarters. During this time frame, the company increased total revenue 40% on an annualized basis and EPS rose 320%. 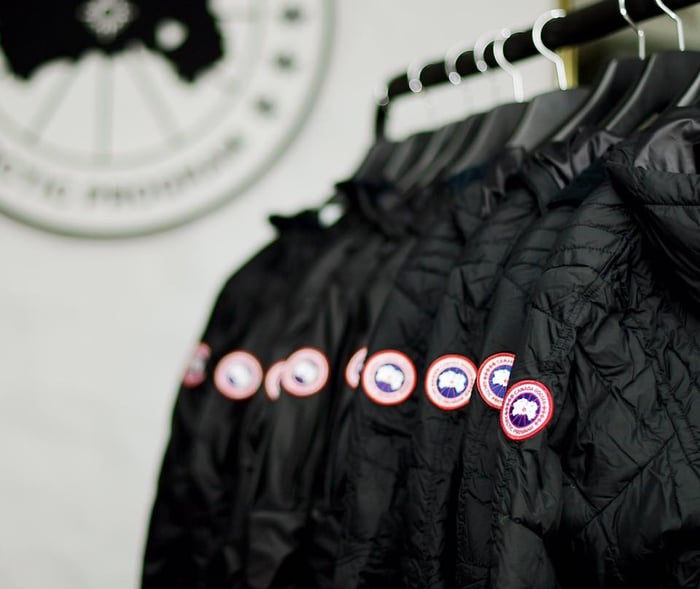 EPS increases were led by strength in Canada Goose's direct-to-consumer (DTC) business, which includes sales from its monoline flagship stores and its e-commerce channel. Last quarter, Canada Goose produced gross margins of 47.4% from its wholesale business but 73.7% from its DTC business. As a result of a shift to DTC sales, gross margin increased by 540 basis points during the period, from 44.6% to 50%.

The investment thesis in Canada Goose is twofold: The first is continued worldwide growth by increased brand awareness across geographies. The second is a continued shift in sales to the company's DTC channel, which in turn increases margin and profit. Luckily, the company's strategy of building flagship stores achieves both goals. Currently, Canada Goose has seven locations, opening in Boston and Chicago last year.

Although investors have high expectations -- shares trade at 60 times estimated forward earnings versus the S&P 500's multiple of 18 -- look for the company to continue to grow sales and earnings at a rapid pace as more consumers become familiar with Canada Goose's line of luxury outerwear. If you're looking for a mid-cap growth stock, put Canada Goose on your watchlist.