Please ensure Javascript is enabled for purposes of website accessibility
Log In Help Join The Motley Fool
Free Article Join Over 1 Million Premium Members And Get More In-Depth Stock Guidance and Research
By Rich Smith - Feb 6, 2018 at 11:18AM

Not only is Micron cheaper than it once was -- it's also about to become even more profitable.

Yesterday's 1,175-point plunge on the Dow was scary, yes, and the 6.1% decline in stock prices over the past two trading days is more than a little bit unsettling as well. But if you want a fact that's truly disturbing, here you go:

The day after nearly every stock in the universe went on sale, Wall Street analysts upgraded just two dozen stocks.

That's according to the latest tally of upgrades and downgrades on StreetInsider.com. This implies that, even though a lot of stocks got a lot cheaper yesterday, very few of them have become cheap enough to actually be considered bargains. But Micron Technology (MU 2.54%) just might be one of those few. 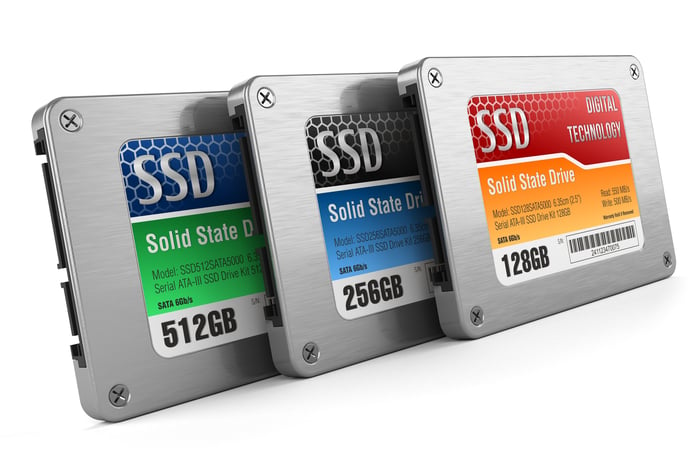 This morning, not one but two separate analysts are out upgrading Micron stock, with KeyBanc (one of Wall Street's very best analysts) rating the stock overweight, and Needham & Company (itself no slouch, ranked in the top 10% of analysts we track) assigning it a strong buy rating.

What's really shocking about this pair of upgrades for Micron is that the stock has gone up so much already. Even after yesterday's 3.5% slip in stock price, Micron shares remain up nearly 66% over the past year, and have tripled the performance of the S&P 500. Despite this run-up, KeyBanc is predicting that Micron has a further 34% to run before it hits the banker's target price of $53 a share. Needham is even more optimistic, predicting Micron stock could nearly double off today's prices, and hit $76 within a year.

What makes these analysts so optimistic about Micron? With its fiscal second quarter 2018 more than half over, Micron preannounced strong quarterly earnings yesterday, predicting that by the time it closes the books on March 1, it will have booked anywhere from $7.2 billion to $7.35 billion in sales, compared to previous guidance of $6.8 billion to $7.2 billion.

Earnings on these growing sales should amount to at least $2.70 per diluted share, and perhaps as much as $2.75 -- at least $0.19 more profit than previously promised.

What the analysts said about that

Micron CEO Sanjay Mehrotra promised to share even "more details in our fiscal second quarter earnings conference call," which is scheduled for March 22, 2018. But the numbers Micron has revealed already look pretty good.

As Needham points out, Micron is now on track to report back-to-back quarters indicating "$10+ annualized earnings" -- a number that if it proves out, would value Micron's $39 stock at less than four times earnings. Needham calls this a "trough multiple" and says it's inappropriate "on peak earnings" at Micron. The analyst further argues that based on Micron's guidance, it appears "Micron has room to expand NAND gross margins despite a declining pricing environment. Furthermore, we believe whatever excess NAND supply in the market will be absorbed by demand for client and data center SSDs," keeping Micron's pricing power intact and enabling further profits.

Opportunity just knocked -- will you answer?

More importantly, despite Micron's positive news, the stock fell 3.5% yesterday. KeyBanc calls the stock's valuation "too compelling to ignore" -- and I have to agree with that.

Even discounting Needham's projection that Micron will earn $10 or more this year, the stock doesn't look at all expensive at just 6.2 times its trailing earnings of $6.40 per share.

Viewed even more conservatively, Micron's $5.2 billion in trailing free cash flow -- while significantly less attractive than the stock's $7.6 billion in reported GAAP profit -- still leaves Micron stock selling for only 9.3 times its enterprise value of $48.5 billion. Relative to consensus projections for 10% long-term earnings growth (per S&P Global Market Intelligence), this leaves Micron stock trading for less than one times EV/FCF/growth, which is an objectively cheap valuation.

Micron stock is cheap, and KeyBanc and Needham are right to recommend it.