Shares of the travel-recommendation site surged today on speculation of a buyout.

Shares of TripAdvisor Inc. (TRIP -3.26%) were gaining altitude for the second day in a row as speculation about a takeover for the travel-recommendation service seemed to be building. TripAdvisor was only one of two S&P 500 stocks to post gains during the market rout yesterday (the other was Church & Dwight), adding 3.7% yesterday. As of 12:26 p.m. EST today, the stock had gained another 12%. 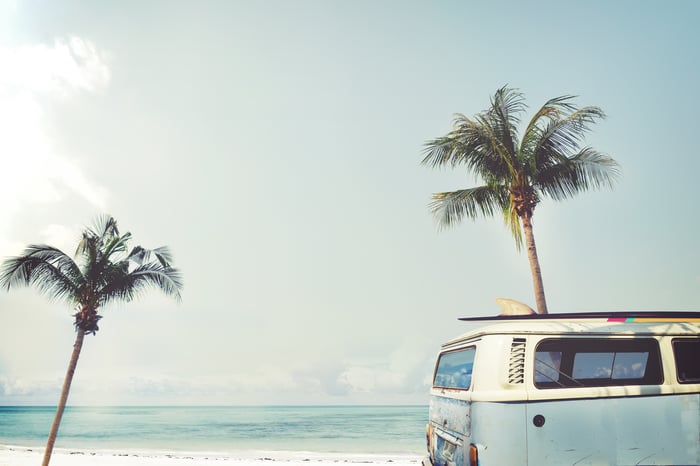 While there was no direct news out on the beaten-down travel stock, investors seemed to think a buyout could be in the offing after a note from SunTrust analyst Robinson Humphrey said the company was "a potential takeout candidate." Humphrey also reiterated a "hold" rating for the stock and lifted his price target from $34 to $37.

Separately, the company also added another board member, Jay Hoag, who founded a venture capital firm and serves on the boards of Zillow, Netflix, and Electronic Arts.

TripAdvisor has long been rumored as a potential buyout target, as the company was owned by Expedia before it was spun off in 2011; its position as the leader in travel reviews would seem to complement online travel agencies like Expedia and the larger Priceline Group.

The stock has also tumbled in recent years since mobile ads have not monetized at the same rate as desktop, TripAdvisor's launch of its own instant booking platform has not delivered expected results, and the company has been challenged more recently by Priceline's decision to de-emphasize it in its ads.

Considering the stock's long decline, the company arguably offers value to a potential buyer, but revenue growth has been stalled and earnings are falling. With those structural issues, a takeover would come with its own set of challenges.

We'll learn more when TripAdvisor reports fourth-quarter earnings on Feb. 14. Analysts are expecting a 1.3% decline to $312 million, and earnings per share falling to a range of $0.14 to $0.16.