The biggest tech takeover attempt in history just got bigger.

Broadcom (AVGO 2.52%) recently raised its hostile bid for Qualcomm (QCOM 4.17%) to $121 billion, up from its previous bid of $105 billion. The new bid, which Broadcom calls its "best and final" one, offers Qualcomm shareholders $82 per share in cash and stock, with $60 in cash and the rest in Broadcom shares. The previous cash and stock offer valued Broadcom at $70 per share.

However, Qualcomm shares plunged nearly 7% to under $62 on Feb. 5, amid a broad market sell-off and fresh reports that Apple (AAPL 2.45%) would stop using Qualcomm's modems in its future iPhones. That decline also indicated that investors didn't think that Qualcomm's investors would accept Broadcom's "final" offer. 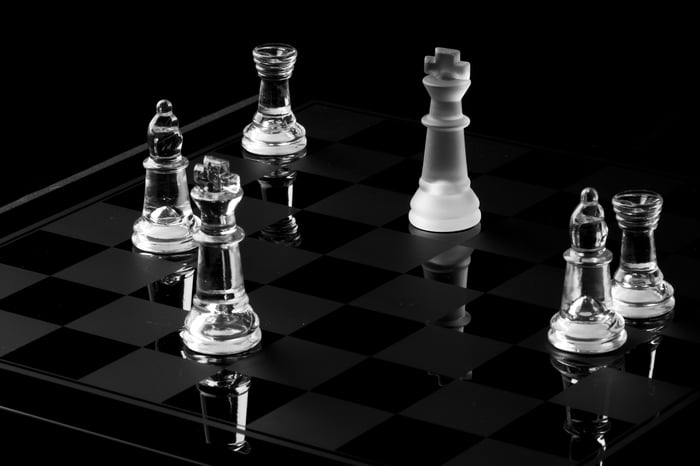 Why Qualcomm doesn't want to get bought out

Qualcomm clearly doesn't want to be acquired by Broadcom. It flatly rejected the first $105 billion offer, promised to grow its fiscal 2019 sales by about 60% while more than doubling its EPS if its investors blocked Broadcom's bid, and declared that the proposed merger -- which would be the biggest in tech history -- wouldn't be approved by antitrust regulators.

But most importantly, Qualcomm -- which faces an attempt by Broadcom to replace its board members in a March vote -- believes that Broadcom's bids undervalue the company. 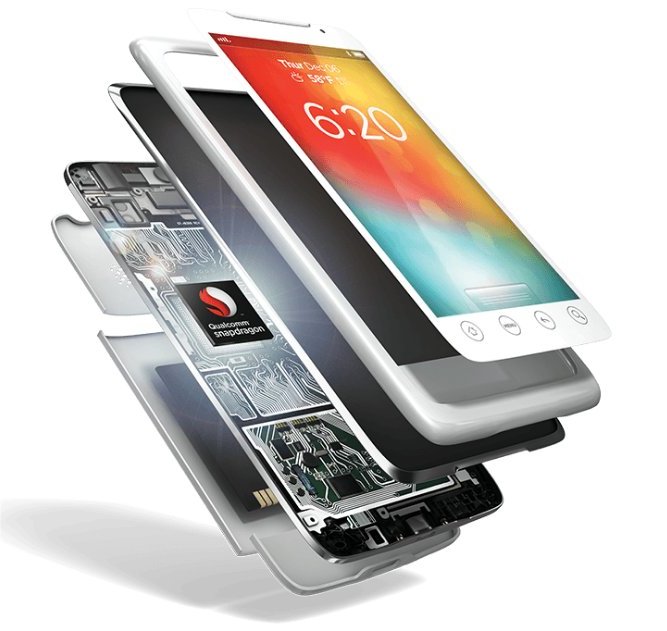 Those are certainly low multiples for Qualcomm, which is the world's largest mobile chipmaker and its top holder of essential wireless patents.

But those forward multiples are also based on Qualcomm's rosy promise of more than doubling its EPS in fiscal 2019 -- a goal which the chipmaker hopes to accomplish by closing its takeover of NXP Semiconductors (NXPI 3.79%), ending its ongoing legal clashes with Apple, and implementing a $1 billion cost reduction plan.

Unfortunately, Qualcomm's takeover of NXP remains in limbo, with most investors (including activist investor Elliot Management) holding out for a higher offer. Broadcom has also suggested that it could buy NXP on its own, which could spark a bidding war with Qualcomm. There aren't any indications that the battles with Apple will cool down, and Qualcomm's promise ignores billions of dollars in unpaid fines in Taiwan, South Korea, and Europe by excluding them from its non-GAAP estimates.

With those fines factored in, Qualcomm expects just $4.47-$5.22 in GAAP earnings for fiscal 2019. That would represent a significant improvement from its GAAP earnings of $1.65 in fiscal 2017, but it would also indicate that Broadcom's offers don't undervalue the chipmaker by as much as it claims.

If Broadcom walks away, what happens to Qualcomm?

Broadcom's emphasis on its new bid being its "best and final" one indicates that it could walk away if Qualcomm rejects the offer. If that happens, Qualcomm's stock could drop back to the low $50s, where it traded prior to Broadcom's first approach.

On its own, Qualcomm isn't an appealing investment. It faces probes and fines from regulators, which claim that its licensing fees (up to 5% of the wholesale price of each smartphone sold worldwide) are too high and should be based on the wireless components covered by the patents instead of the price of the entire device.

It faces multiple unresolved lawsuits from Apple, which started with unpaid exclusivity "rebates" and expanded into accusations that Qualcomm's licensing business uses an "illegal business model." Apple, which cut off its licensing payments to Qualcomm, also reportedly inspired Huawei to suspend its payments as well.

These attacks could cripple Qualcomm's high-margin licensing business and throttle its profit growth for the foreseeable future. That's why analysts expect Qualcomm's revenue and earnings to respectively drop 4% and 22% this year.

Qualcomm's previous actions indicate that it will probably reject Broadcom's new bid. This means that its stock could plunge if Broadcom abandons the hostile bid or decides to pursue NXP in a separate takeover. In the unlikely event that Qualcomm accepts Broadcom's bid, its stock will rally, but that potential reward doesn't offset its serious risks.