Please ensure Javascript is enabled for purposes of website accessibility
Log In Help Join The Motley Fool
Free Article Join Over 1 Million Premium Members And Get More In-Depth Stock Guidance and Research
By Daniel Sparks - Feb 7, 2018 at 11:06AM

Sure, eBay plans to move on from PayPal. But PayPal's fourth quarter still gave investors several good reasons to be optimistic.

Last week, financial-technology company PayPal (PYPL -0.49%) announced its fourth-quarter results featuring a 30% year-over-year increase in revenue and a 57% boost to non-GAAP earnings per share. Both of these key metrics were ahead of management's guidance for the quarter, and as a nice bonus, both figures beat analyst expectations as well.

Of course, there's more to PayPal's fourth quarter for investors to mull over than these headline metrics. Here's a look at PayPal's accelerating active-account growth, Venmo's staggering growth, and how eBay's (EBAY 0.05%) multiyear plans to make Adyen its primary payments processor instead of PayPal will impact the fintech company. 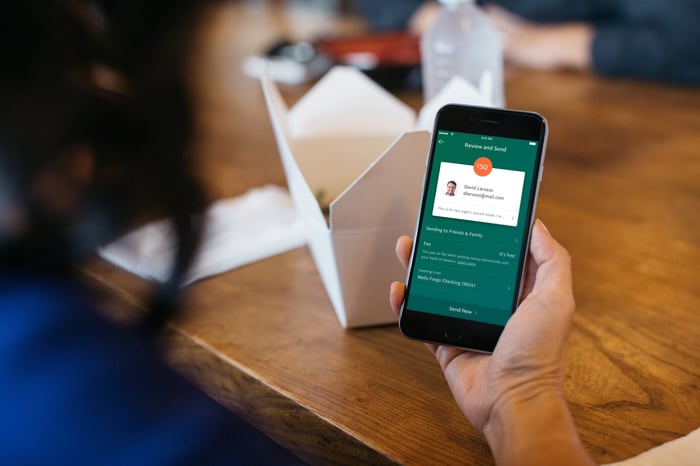 Since their separation in 2015, eBay has become less important to PayPal's financial results with each subsequent year. But the online marketplace is still material to PayPal's results. This is why when eBay announced plans to make Adyen its primary payments processor by mid-2020 on the same day PayPal announced its fourth-quarter results, PayPal stock fell sharply.

Given the importance of eBay to PayPal's business, investors have good reason to be concerned. But concerns could be overblown. Here's some background to help investors digest this news:

eBay is undoubtedly important to PayPal, but its importance has been decreasing -- and eBay looks poised to continue to become less vital to PayPal's results, which should help alleviate any negative impacts of the payment processor's transition away from the online marketplace.

Person-to-person (P2P) payments app Venmo continued to be a bright spot for PayPal. Though management is still in the early stages of monetizing the app, pay volume and engagement on Venmo are skyrocketing.

Venmo processed $35 billion worth of payments over the past 12 months, 97% higher than in 2016. The P2P social-payments platform processed $10.4 billion during the fourth quarter alone, up 86% year over year. 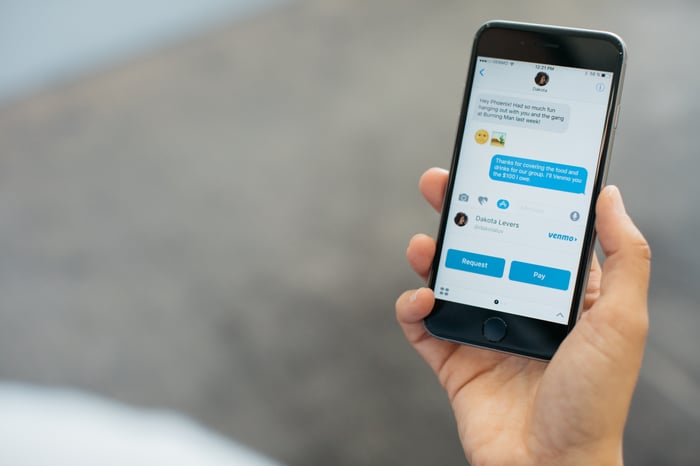 Meaningful and fast-growing payment volume for Venmo may not show up in PayPal's financial results yet. But when PayPal ramps up monetization on Venmo, the P2P platform could morph into a major catalyst.