The burger joint has been winning in beverages and food, while the coffee shop stumbles on both.

Starbucks (SBUX 3.76%) has blamed a lot of things for the slowdown in its U.S. business: Limited-time offers didn't resonate with customers; they weren't buying merchandise and gift cards; more people were shopping online; changes to its loyalty program were unpopular. One thing that didn't take the blame was McDonald's (MCD 2.46%) -- though maybe it should have.

While Starbucks reported below-average growth globally, in its biggest market, the U.S., it saw a 6.9% increase in net sales on a less-than-expected 2% increase in comparable-store sales. Since higher ticket prices accounted for the entire gain, that means the coffee shop wasn't getting any more customers into its stores, even with the continued expansion of food into its restaurants. 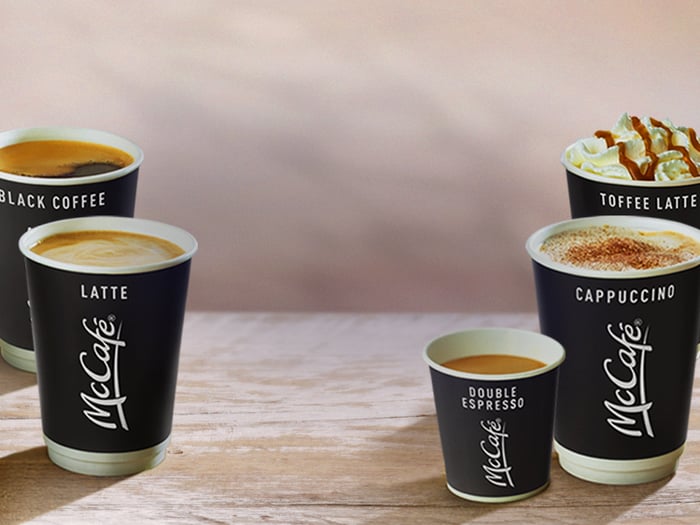 In contrast, McDonald's is attracting customers. In fact, for the first time in four years, the burger chain recorded its first full-year increase in guest counts. CEO Steve Easterbrook had estimated McDonald's had lost 500 million customers over the previous four years, and it was the restaurant's mission to regain them. By finally concentrating on the value end of its menu, he has seen customers respond, and now store traffic was 1% higher in the U.S. in 2017, and nearly 2% higher worldwide.

McDonald's said it was because it was concentrating once more on what its core customer was looking for that it's growing once again.

"In the U.S., fourth-quarter comparable sales increased 4.5% as a result of strong performance of core menu items featured under the McPick 2 platform and beverage value," the company stated.

Starbucks, on the other hand, continues to have delusions of grandeur and is suffering as a result.

Starbucks recently began introducing high-end bakeries into its pricey Roastery restaurants under the Princi name. The one it opened in Shanghai is reportedly raking in more in one day than what a typical Starbucks makes in a week, and it plans on greatly expanding the concept as it goes forward as a result, but there's still good reason to believe the more the coffeehouse pushes food and the less its coffee plays a central role, the more the difficulties exhibited in its results this quarter will continue, despite the 2% gain in food comps versus a 1% gain in beverages.

It seems to be a risky strategy to be counting on high-end bakeries, tchotchkes you sell in the lobby, and hopefully hitting upon the next unicorn frappuccino to make your quarterly sales goals.

In fact, McDonald's may be beating Starbucks at its own game. It recently began offering cappuccinos, mocha, and macchiatos at its restaurants for only $2 under its popular McCafe line of beverages. That may mean Starbucks is losing customers who are looking for a value version of their favorite drinks. Contents may be hot

Starbucks is never going to be McDonald's and vice versa, nor should they seek to swap places. The latter tried once by pursuing millennial consumers and saw its sales crater. Only when it reversed course and took its core menu and customer to heart did it succeed in turning around.

If Starbucks tried to become a fast-food outlet, it would probably experience similar results. Yet by going after this high-end ideal, it's leaving behind its core customer who comes in looking for a good cup of coffee and a bit of food. Increasingly, that's being found more at McDonald's, which is siphoning off Starbucks' more price sensitive customers with aggressive marketing of its coffee. When Starbucks boasts about expanding its Reserve bars where coffee sells for $10 a cup, McDonald's is going to win.

Certainly, food can and should be a component of Starbucks' menu, and if it can find the right mix it ought to be able to establish a growth trajectory once more. But its track record in this regard has been not been good, and by ignoring its coffee in favor of baked goods, there may be more painful lessons yet to learn.