Management laid down three-year goals for revenue and investors were quick to buy into the idea being attainable.

Shares of Weight Watchers International, Inc. (WW -1.10%), a leader in providing weight management services through a network of company owned franchise operations, are popping 15% higher as of 11 a.m. EST after the company laid out its three-year goals and provided a revenue target that pleased investors.

Management announced its goals to top $2 billion in annual revenue by 2020, a more than 50% increase from its estimated sales last fiscal year. That generous revenue optimism was enough to send shares immediately higher. Investors were quick to buy into the idea with media and marketing juggernaut Oprah Winfrey and hip-hop producer, among many other labels, DJ Khaled as two of the brand's key backers.

"Weight Watchers is more relevant and needed than ever," Chief Executive Officer Mindy Grossman said at a company event on Wednesday, according to Bloomberg. After one quick look at the run Weight Watchers has been on recently, many people would be inclined to agree with the previous statement. 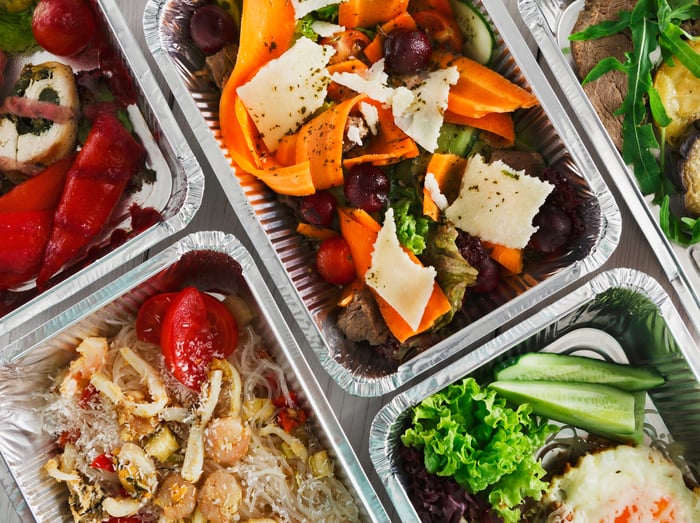 The key now is to deliver on these lofty targets, which could prove easier said than done. Weight Watchers plans to boost its revenue by adding new members and increasing its retention rate. The company's goal is to help 10 million people adopt a more healthy lifestyle, which would boost its market share of the weight loss market in the United States -- worth roughly $60 billion in 2017.

The key for success could be Weight Watchers strategic move to switch its program from fad diets to more nutritious and organic meals -- it plans to remove all artificial ingredients in products that carry the Weight Watchers brand name -- which should fit in well with the nation's growing health awareness trend. Stay tuned, because with competition from Nutrisystem Inc. and increasing pressure from fitness apps and other health technologies, this should be quite an interesting story to follow over the next couple years.