Please ensure Javascript is enabled for purposes of website accessibility
Log In Help Join The Motley Fool
Free Article Join Over 1 Million Premium Members And Get More In-Depth Stock Guidance and Research
By Dan Caplinger - Feb 7, 2018 at 7:37AM

Find out what the HR cloud specialist sees coming next.

Human resources specialists know how important it is for employees to set goals to motivate themselves. The same is true for companies, and HR management solutions specialist Ultimate Software Group (ULTI) has a reputation for setting smart goals that have helped it grow dramatically in time as a publicly traded company.

Coming into Tuesday's fourth-quarter financial report, Ultimate Software investors expected to see a bit of sluggishness to finish what was otherwise a strong year. Ultimate's results were better than many of those expectations, and the company set strong goals to achieve in 2018 and beyond. Let's look more closely at Ultimate Software and what lies ahead for the cloud-based human resources solutions provider. 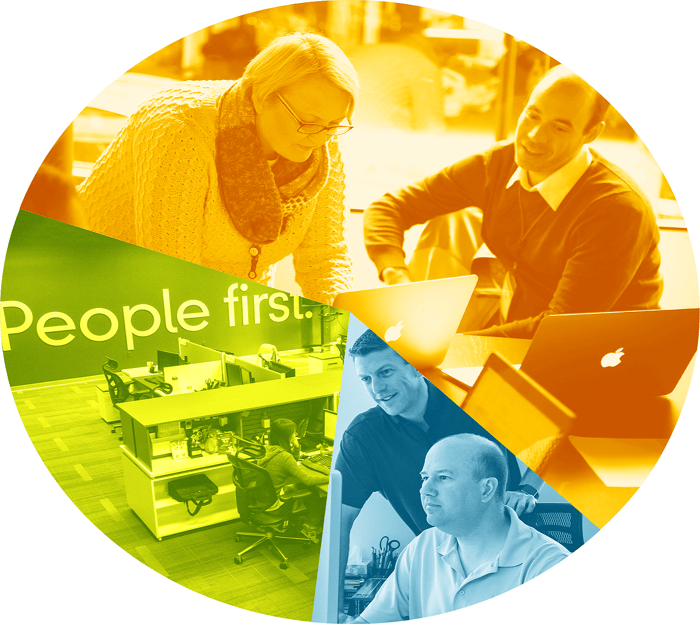 Ultimate Software's fourth-quarter results continued a string of good performances for the company. Sales climbed 19% to $251.4 million, which topped the expectation among investors for a 16% growth rate from the company. Adjusted net income of $34.2 million rose 22% from the year-earlier quarter, and that worked out to adjusted earnings of $1.11 per share. That was far above the consensus forecast among those following the stock for $0.87 per share.

As we've seen with other companies, the tax reform laws had a substantial impact on Ultimate Software's results. In this case, the effect was generally negative in the short run, with an $8.8 million charge related to the change in valuation of its net deferred tax assets.

Fundamentally, though, Ultimate Software saw ongoing strength. Recurring revenue jumped 22% to $214.1 million, showing the loyalty that its customer base has had in sticking with the company's platform. Services revenue rose at a slower 8% rate, but while those one-time sales play an important role from quarter to quarter, it's the recurring revenue that establishes a base on which Ultimate can build for the future. Retention rates remained solid at 96%.

Business accolades continued to come in for Ultimate. Fortune magazine named the company the No. 1 best workplace in technology in the large company category, giving it the top spot for the third year in a row. Various Ultimate products also won awards, including the UltiPro Payroll solution getting honors from a couple of different competitions.

CEO Scott Scherr noted just how much progress the company has made. "Our customer base has grown to more than 4,100 organizations," Scherr said, "bringing the number of people records in our Ultimate cloud to more than 37 million." The CEO also noted that record revenue for the full year reflects the popularity of the HR solutions platform.

Ultimate Software has high aspirations. In Scherr's words, "We look forward to achieving in 2018 what we call our 'Fifth Championship,' delivering in excess of $1 billion in total annual revenues." The CEO sees the company moving on to reach the $2 billion sales mark by 2022.

To get there, Ultimate will need success from its latest initiatives. The Xander artificial intelligence platform uses various AI technologies, such as natural language processing and machine-learning algorithms, to analyze emotions when reporting on employee data for employers. Ultimate hopes that Xander will be able to deliver information to managers that they can use to evaluate group employee sentiment more effectively. Similarly, the UltiPro Connect integration hub makes Ultimate services more readily accessible, and customers can get access to valuable tools to make their efforts less strenuous.

Guidance for 2018 reflected Ultimate's optimism. For the first quarter, total revenue of $269 million to $272 million should result in recurring revenue of between $229 million and $231 million. Full-year sales growth of 18% with recurring revenue accelerating at a faster 20% rate is similarly ambitious, and investors have high hopes that Ultimate will deliver on its $1 billion-plus promise.

Ultimate Software's shareholders were happy with the report, and the stock climbed about 2% in after-hours trading following the announcement. With 2017 in the books, Ultimate is in a strong position to find new growth avenues throughout 2018 and beyond.