The meal-kit service stumbled as a rival grabbed market share and the company gave up gains from December.

As you can see from the chart below, the stock fell steadily over the course of the month: 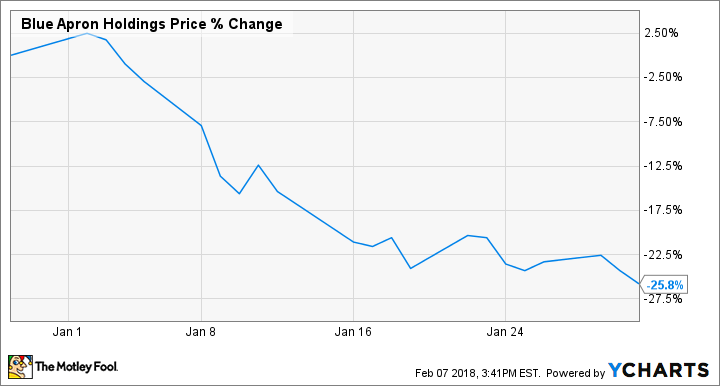 The stock's movement last month seemed to be partly a response to the gains in December, when shares rallied on news that the company had replaced its CEO. Last month, enthusiasm for the company's turnaround seemed to fade as investors turned to proven winners amid the market's rise. 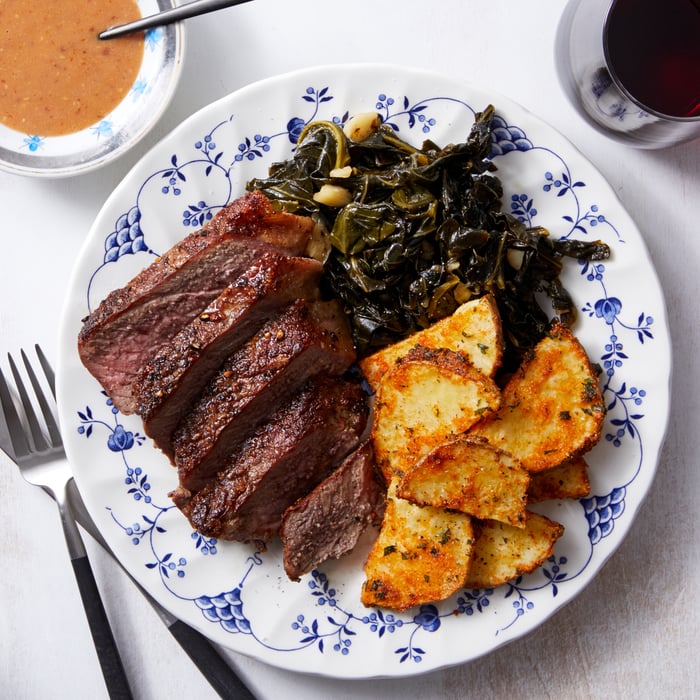 Though there was little news out on Blue Apron, at this point investor perception of the stock has soured so much that the company likely needs a positive catalyst to drive the stock higher. Furthermore, rival HelloFresh turned in a strong quarter toward the end of the month, in its first report as a publicly traded company (in Germany). In its preliminary earnings report, HelloFresh said that active customer count grew 69% and revenue jumped 58%. The company has said that it plans to grow by taking share from Blue Apron, and it appears to be doing that, as Blue Apron's revenue was expected to fall in the quarter.

Blue Apron shares got a boost in early February as an analyst suggested that Walmart (WMT 0.86%) could make a "logical" buyer for the meal-kit service. Matthew Trusz of Gabelli & Company initiated coverage on Blue Apron with a buy, arguing that the company was "turning the corner" on operational issues at its new facility in Linden, New Jersey. He also saw an opportunity for Walmart to integrate Blue Apron into its e-commerce strategy, the way it's done with brands like Bonobos.

While a buyout from Walmart would be a surprise, Blue Apron could be an appealing acquisition; rival Plated was taken over by Albertsons, and more consolidation is likely in the industry. Still, the company will have to prove that financials are actually improving in order for the stock to move higher.

Look for new CEO Brad Dickerson to put his mark on the company in its earnings report, expected on Feb. 13. While the fourth-quarter results are expected to be a dud, guidance will be key for any potential comeback.