Sales and profits surged for the online takeout marketplace, and the company announced a new partnership with Yum! Brands.

Grubhub (GRUB) already had plenty to celebrate coming into its fourth-quarter report. The stock jumped 91% last year, by far its best performance since going public in 2014 as the restaurant takeout marketplace made savvy moves like forming a strategic partnership with Yelp and acquiring Eat24 from the review platform as well as making other smaller acquisitions. Over the year, the company also delivered strong revenue and profit growth as it gained scale, leveraged its new delivery business, and defended itself against threats from the likes of Amazon.com and Uber.

Its fourth-quarter report on Thursday did not disappoint. Shares soared 27% on Thursday as the company posted strong top- and bottom-line growth and announced a new partnership with Yum! Brands (YUM -0.93%). 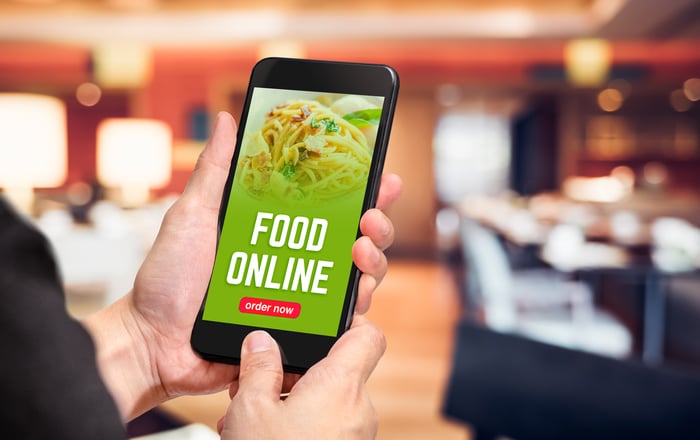