The Grubhub rival's first analyst rating after announcing its IPO is a hearty thumbs-up.

Food delivery IPO DoorDash, rival to Grubhub ( GRUB ) and other restaurant delivery services, attracted its first major analyst rating even before its shares are actually trading on the stock exchange. The news site Benzinga reported yesterday that investment banking, wealth management, and financial analysis firm D.A. Davidson rated the company as a buy and gave its stock a speculative price target of $93 per share.

Davidson analyst Tom White laid out a bull case for DoorDash based on several metrics, including its 2020 U.S. delivery market share of 50%. That is up from a 36% share at the year's beginning and 17% two years ago. White also points out that the company still has lots of room for growth, providing service to just 6% of America's population and handling 3% of off-premise restaurant sales (18 million customers and $8 billion in gross order value, respectively). The $93 price target represents a sixfold multiple of DoorDash's enterprise-value-to-sales (EV/sales) ratio. 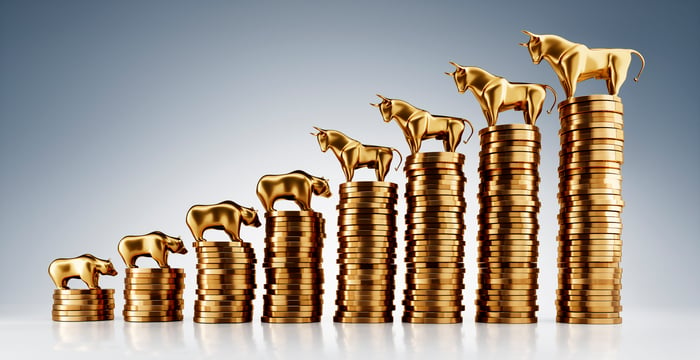 Some analysts clearly take a sunny view of DoorDash's prospects, and the company's sales jumped 226% year over year for the first nine months of 2020. But the IPO appears to still have the same structural problems seen in other delivery services. Its expenses are higher than its revenue despite controlling half of the market, with profitability remaining elusive.

DoorDash aims to raise more than $2.6 billion with its IPO through the sale of 33 million shares, according to The Street.