Looking for a cheap restaurant stock that yields 4%? Maybe Chili's parent should be on your radar.

For Brinker International (EAT -5.46%) investors, 2017 was a year to forget. Versus the S&P 500's advance of 19%, shares of the casual-dining restaurant operator sank 22% on the back of declines in comparable-store sales. The parent company of both Chili's and Maggiano's Little Italy has battled negative foot traffic, most notably at the Chili's brand.

Brinker International reported a mixed bag in its fiscal second-quarter earnings in late January. The company missed analyst expectations by reporting revenue of $766.4 million, but did beat the consensus adjusted EPS estimate of $0.72 by reporting $0.87. Comparable-restaurant sales continue to be a problem, as this key metric fell 1% from last year's corresponding quarter.

Still, there are green shoots to entice value-oriented and income-hungry investors in the company's Q2 results. 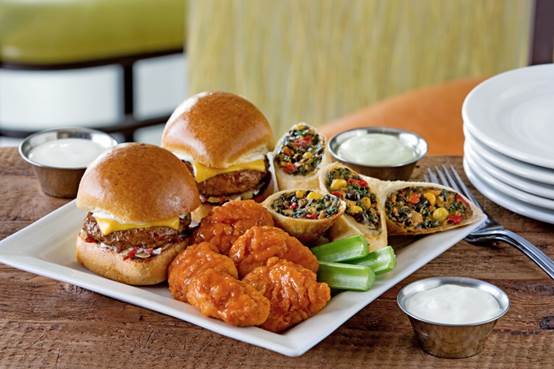 Modest but noticeable improvement is on the menu

While a negative headline number for comps is nothing to be proud of, management is improving on this metric. For company-owned Chili locations, which comprise approximately 75% of the company's systemwide restaurant mix, comparable sales decreased 1.5%. While investors would prefer to see comparable sales increasing, Chili's is showing improvement over the 3.3% decline the company reported in last year's corresponding quarter.

Brinker's upscale Maggiano's brand continues to be the bright spot for the company, posting a 1.8% increase in comparable-store sales in the just-reported quarter, an increase of 2.6 percentage points from the 0.8% loss the company reported in the year-ago period. However, Maggiano's growth is unable to offset declines from Chili's as its 52 locations aren't enough to move the needle for a company with nearly 1,700 restaurants, both company-owned and franchised.

Increasing foot traffic is a point of emphasis for the company's turnaround efforts.

It's likely the company will not repeat 2017

Investors don't seem to have much faith in the company's turnaround efforts. Currently, shares trade at 11 times forward earnings, versus the S&P 500's average of 19. Additionally, the company's dividend now yields 4%, more than double the current yield of the S&P 500, and Brinker has the financial wherewithal to continue paying investors. Its payout ratio sits around 52%.

However, there are reasons for investors to be unsure of the company's ability to right the ship. Not only did Brinker International miss analyst estimates for revenue, it also reported a year-on-year revenue decline, the sixth straight quarter it's done so.

That said, I'm encouraged by the narrowing of top-line declines. After peaking at an 8% decrease in its fiscal Q4, the company narrowed its top-line decline to 3% during previous quarter before reporting a 0.6% loss in the most recent one. Another positive sign for Brinker investors: The company increased its full-year EPS guidance range to $3.47 from $3.30 as the result of the new tax legislation.

I don't expect the company to post strong top-line growth in 2018 (nor does anybody else). But it's likely the stock will outperform 2017's poor showing just by modest incremental improvement in comparable-restaurant sales and benefits to the bottom line courtesy of the new tax law. Income-oriented investors should put Brinker on their watch list and look for further signs that a turnaround is in the offing.