The propane distributor benefited from somewhat more-normal winter conditions last quarter, but it was still warmer than historical norms.

The winters of 2016 and 2017 were disastrous for Suburban Propane Partners (SPH 2.54%). What is traditionally a highly seasonal but stable business that throws off lots of cash became less stable as an El Nino year led to warmer temperatures across the United States and lower demand for heating fuel.

So far, this winter is shaping up to be better than the prior two, but Suburban's bottom line isn't showing that much improvement. Let's dig through the company's most recent earnings report to gauge what may be ahead for the rest of fiscal 2018.

This time of the year is when things start to matter for Suburban Propane Partners. Nowadays, its management team is probably checking the temperature outside every couple of hours because the weather now will in large part determine the company's success for the entire year.

This past quarter was by no means a great quarter for the company, but it was an improvement. According to the National Oceanic and Atmosphere Administration, average temperatures as measured by heating degree days were 6% colder than last year in Suburban's service region. That said, they were still 8% higher than historical norms. As a result, the company sold 125 million gallons of propane in the quarter, about 5.4% more than in the prior-year period. Combined with an increase in the average retail price for propane for the quarter, the company posted a 17% increase in revenue.

In this business, though, the price of the fuel doesn't really matter much; propane distributors mostly make their money from service fees. That's why its operating income and net income only increased 4.1% and 7.8%, respectively. Management did note that it realized a $900,000 tax benefit in the quarter, which explains the higher net income result compared to operating income.

As is the habit of this company, it didn't provide much news to speak of in the fourth quarter. I guess the decision to cut its payout by 33% last quarter was all the excitement Suburban can handle in a year. 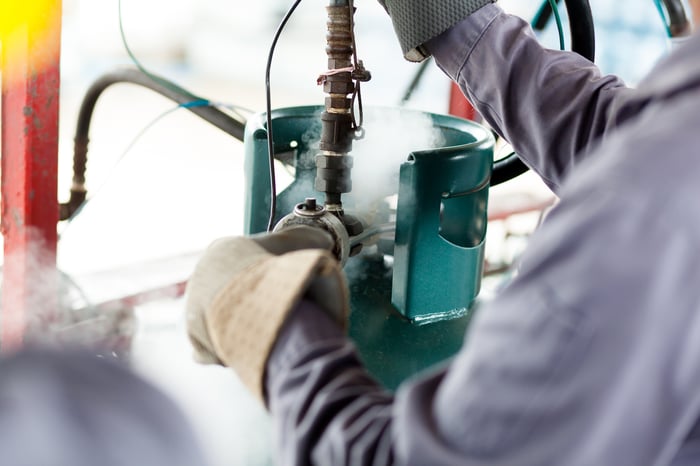 Here's CEO Michael Stivala's press release statement and what he foresees for the rest of the year.

The favorable weather pattern, particularly toward the end of the first quarter, and the positive momentum in customer demand trends have carried over into the early part of the fiscal 2018 second quarter. As we have stated in the past, our flexible business model is designed to help insulate the business from unseasonably warm weather, as well as to ramp up our activity levels in relation to an increase in weather-driven demand. Our people stand ready to deliver the highest quality service to our customers and the communities we serve, and I am extremely proud of their hard work and dedication to meet the challenges presented by a return to a more favorable weather pattern in several parts of our service territory. 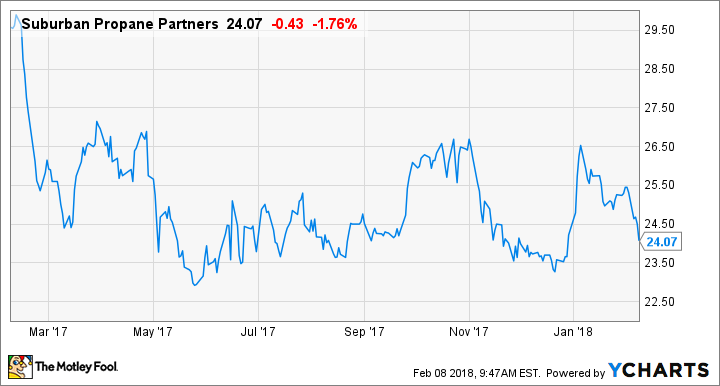 I'm sure that management is breathing a slight sigh of relief to see colder temperatures this winter. The company had already cut its payout once, so I can't imagine management would want to do it again anytime soon.

That said, the company is in a bit of a bind. It has too much debt on its balance sheet for it to adequately grow the business, but it will need to do that if it's going to support its payout and compensate for the persistent trend of warmer winters. Unless we see some dramatic changes to the company's business plan, it's hard to imagine how it can sustain itself and its annual distribution to investors -- which now yields 9.8% -- over the long term.